Rob Reiner says Archie Bunker would '100 percent' back Trump: 'They have the same mentality' 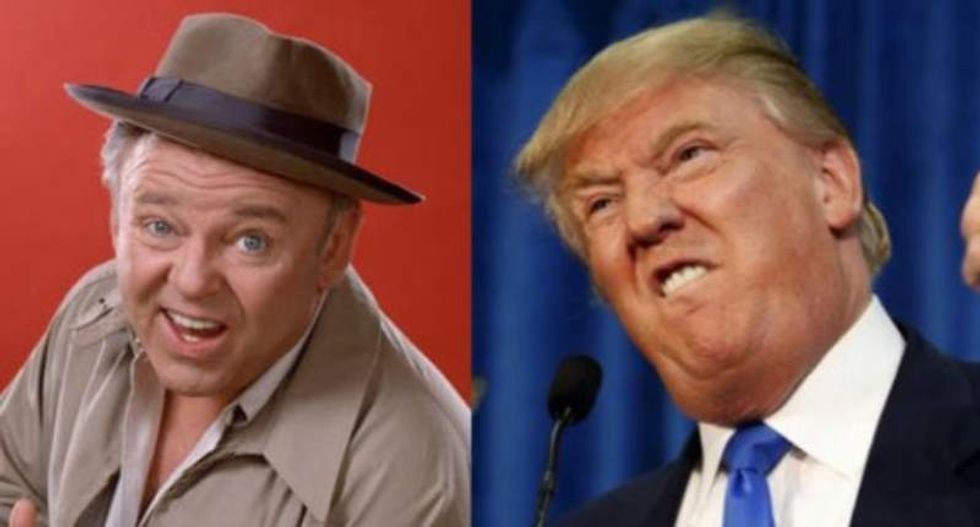 All In The Family cast member Rob Reiner confirmed to The Hollywood Reporter what fans of his show have probably figured for months now: that Archie Bunker would "absolutely, 100 percent" be voting for Donald Trump this year.

"They have the same kind of mentality," said Reiner, who noted that both Bunker and Trump are from Queens. "Archie was a bigot, and the things that come out of Trump's mouth are totally bigoted. So yeah, he definitely would be. That would be some good arguments we'd being having."

Reiner also pointed out that like many of Trump's supporters, Bunker was a white man without a college degree.

"Look at the demographics," he said, adding, "There's also a very serious strain of racism that runs through his followers. And that's a kind of disturbing thing, and I don't think you ever reach those people. I think that they're impossible to turn around. It's very disturbing because a lot of these racist ideas have kind of been dormant for a while, and he's given voice to them — he's kind of unearthed it."

The actor and director's support for Hillary Clinton, he said, has also caused conservatives to reference his own character on the show, Michael "Meathead" Stivic, in a disparaging manner.

"I can't tell you how many times I've been 'Meatheaded' since I joined Twitter," said Reiner. "People will come up to me every once in a while and ask me, 'Do people still call you Meathead?' And I'll say, "You're the first one today." I'll make that joke. But now I'm getting 'Meatheaded' like it's going out of style."

Last December, Salon highlighted the disturbing similarities between Trump and Bunker in this video, which can be seen below.