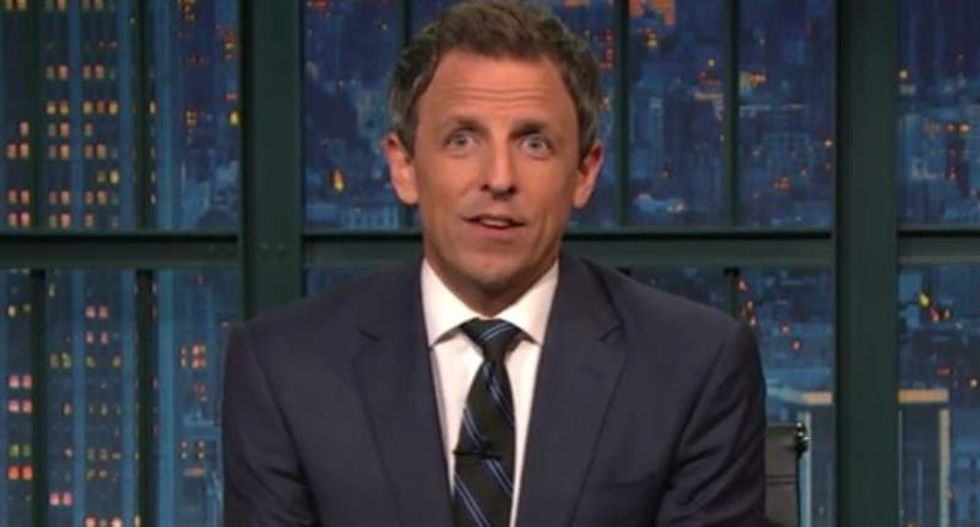 "I'm not sure the guy who holds fake press conferences, has a fake university, fake foundation, fake hair, and a fake tan should be the one in charge of deciding what's real," Meyers said during his "Closer Look" segment.

Last week, Meyers said, the Republican presidential nominee tricked the media into attending an elaborate shilling session for his new hotel by advertising an "announcement" regarding the birther issue -- which amounted to Trump saying, "Obama was born in the United States, period" and falsely taking credit for debunking the false narrative.

Meyers also ridiculed New Jersey Gov. Chris Christie (R) for parroting Trump's line of attack pinning birtherism on Democrat Hillary Clinton, in light of the increasing likelihood that Christie was aware of the illegal lane closures at the heart of the "Bridgegate" scandal in his own state.

"Say what you will about Hillary's email server, it never stuck an ambulance in traffic, you cartoon gangster," Meyers said of Christie.

Watch Meyers' commentary, as posted on Monday night, below.