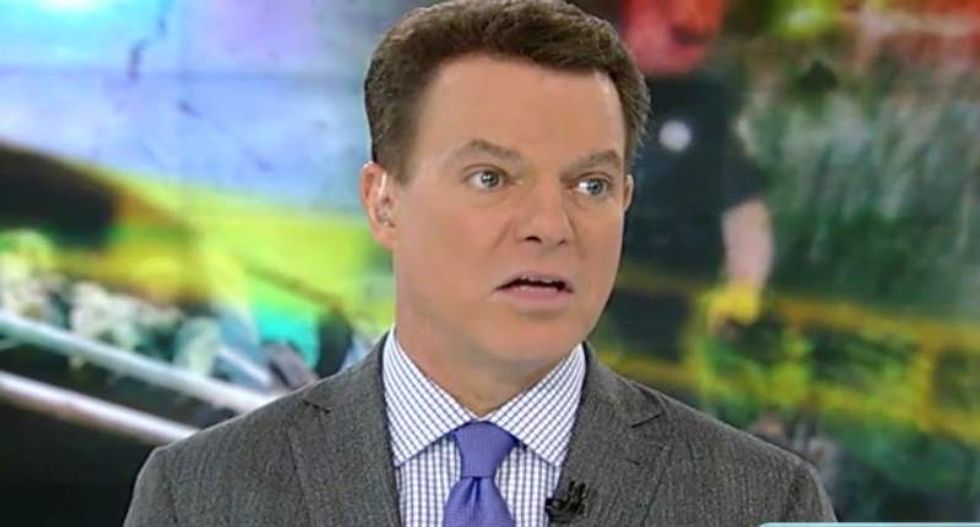 Fox News host Shepard Smith said on Friday that Donald Trump "punked the media" for shilling his hotel when he was supposed to be disavowing his birther statements, Media Matters reported.

"He did an eight minute live commercial on all channels for his new hotel in Washington, then brought out American heroes to extol his greatness, then said the first black President of the United States really is an America citizen, gave no explanation for his previous statements to the contrary, or the reason for the change in position, then said Hillary Clinton started it, which she did not," Smith said to open his program.

Smith showed footage of Trump peddling the debunked allegation that Clinton's campaign was behind the conspiracy theory accusing President Barack Obama of being ineligible for the presidency.

"There is no evidence to support the claim that Hillary Clinton or her team started the theory that President Obama wasn't born in America. Zero, it never happened," Smith said. "Yet this is not the first time Donald Trump has accused the Clinton camp of exactly this, even though fact-checkers have debunked the claim, including the Washington Post, Politifact, and Factcheck.org."

Clinton's campaign, Smith added, has already noted that Trump's years of accusations have alienated him from black voters.

"That's because the birther issue -- illegitimate by any issue as a definition -- questioned the legitimacy of our nation's first black president and gives fuels to the 'He's not one of us' lies," Smith argued.

Watch Smith's commentary, as posted on Friday by Media Matters, below.