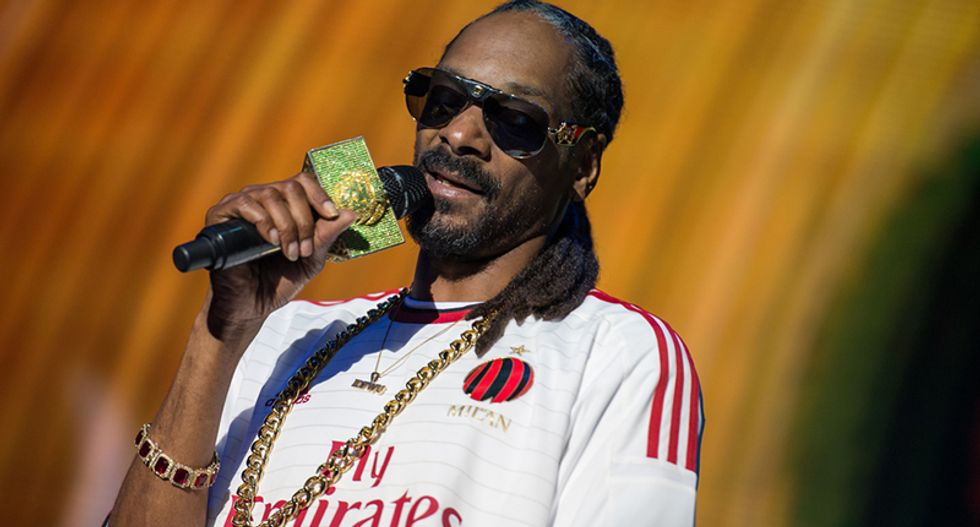 Snoop Dogg is about to begin filming "Martha and Snoop's Dinner Party," but Snoop had a few things to say that had nothing to do with dinner and polite conversation over a fancy meal.

Snoop recently led a march to the Los Angeles Police Department where participants protested police brutality and the shootings of African Americans by police.

"I never really had respect or understanding of the police until I got older and realized that most police officers are humans, too," Snoop told Rolling Stone. "But that day was about saying, 'We aren't going to be done like this anymore by you.'"

He continued that when incidents happen between police and community members he does hope that everyone, including officers, make it home safely. "Every day of our lives, this is what we've been going through with the police," he said. "Getting beat, getting pulled over for nothing, getting harassed, getting killed. All that shit been going on for years, but now there's cameras and now they're saying everybody's woke. No, we've been woke."

Snoop recently posted a video trashing Republican presidential candidate Donald Trump and specifically calling him a "punkass." He questioned how someone as “reckless” as Trump could actually run the country.

"I been around for a long time. I seen Jimmy Carter, Ronald Reagan, Bushes, Clintons. And I never seen a motherfucker like him," he said."

When it comes to the new show, Snoop gushed about his new co-host.

"I've never met anyone like Martha Stewart," he said. "When we come together, it's a natural combination of love, peace and harmony."

When asked if the two will be smoking marijuana along with drinking and eating, Snoop encouraged folks to watch and see.