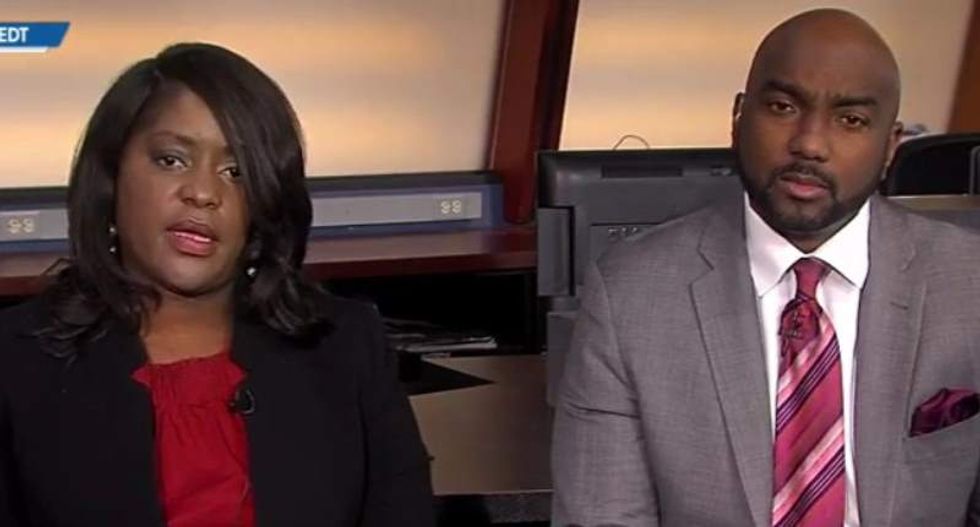 Tiffany Crutcher appears alongside her attorney Damario Solomon-Simmons on 'The View' on Sept. 23, 2016. (ABC)

Terence Crutcher's twin sister argued during an appearance on The View on Friday that Tulsa police misrepresented him on top of wrongfully killing him.

"Helicopters and police and everybody was there like this was the New York bomber," Tiffany Crutcher told host Raven Symone. "I don't get it. People are saying he should have complied, but what did he do wrong to comply, Raven? What did he do wrong? That's what I'm trying to figure out."

The officer who shot and killed Crutcher's brother, Betty Shelby, was charged with manslaughter on Thursday. Authorities have argued, however, that the victim refused to respond to several commands while walking outside his stalled car, something she called part of a "script" police have used in similar incidents.

Crutcher also ripped the unidentified officer caught on video calling her brother "a bad dude" while riding a helicopter over the scene.

"He knew nothing about my brother," she said. "I'm not even sure why a helicopter was there versus a tow truck. That's what I'm trying to understand. He didn't do anything wrong."