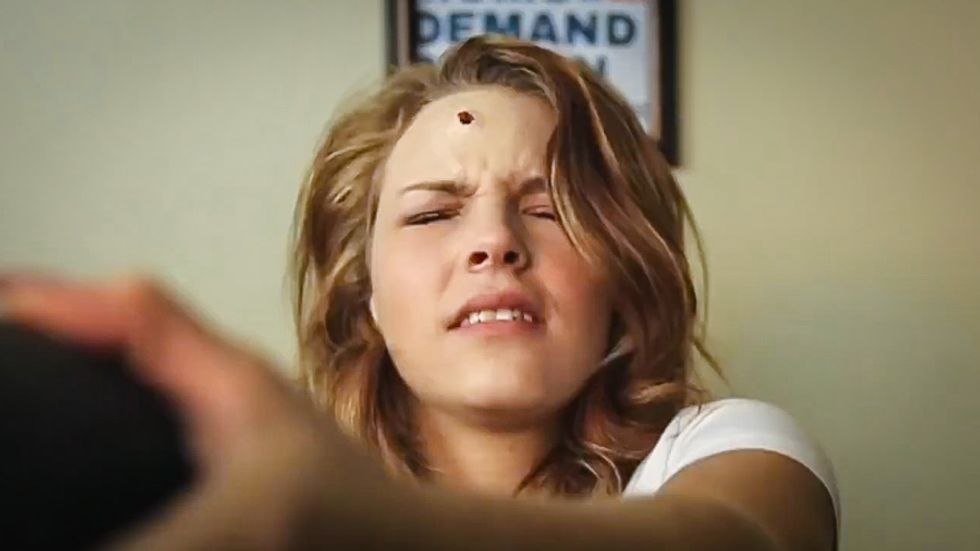 Students protesting concealed carry at the University of Texas Austin say that they feel targeted after a filmmaker produced a video that showed the violent murder of someone who looked like one of the activists.

Following the protest, Lopez said that one video response created by Brett Sanders made her fear for her personal safety.

In the video, a woman who Lopez said was meant to look like her is seen in her apartment with a sign from the gun safety group Moms Demand Action. The video includes news footage that shows the names and faces of real-life protesters.

“I started seeing images of my friends and colleagues and … footage from news coverage of this event,” Lopez recalled. “I didn’t want to watch the whole thing so I fast-forwarded it, and I saw the girl who looks like me getting shot in the head … It was terrifying.”

Lopez noted that the actress who was murdered in the film had the same hairstyle and "was wearing the same shirt that I wore for the protest."

Sanders, who is described as an anarcho-libertarian and is best known for paying a $220 parking ticket with pennies, said the film was a "direct rebuttal to the lunacy that I saw happening down there in Austin."

“I thought it was a very dangerous idea to do that – to announce to the world that you are unarmed, and you are going to be an easy target and an easy victim to some of the crazy criminals out there," he explained. “It was just meant to be a girl that was part of their protest.”

Sanders also defended the use of a black man as the murderer.

“He just happened to be in my friend circle – and statistically, African-Americans are more prone to create violent crimes,” Sanders opined. “It does play into the stereotype, whether we like it or not. He was willing to play the part.”

A pro-gun activist with the group Students for Concealed Carry told The Dallas Morning News that Sanders' video was "reprehensible."

The video below is NSFW.