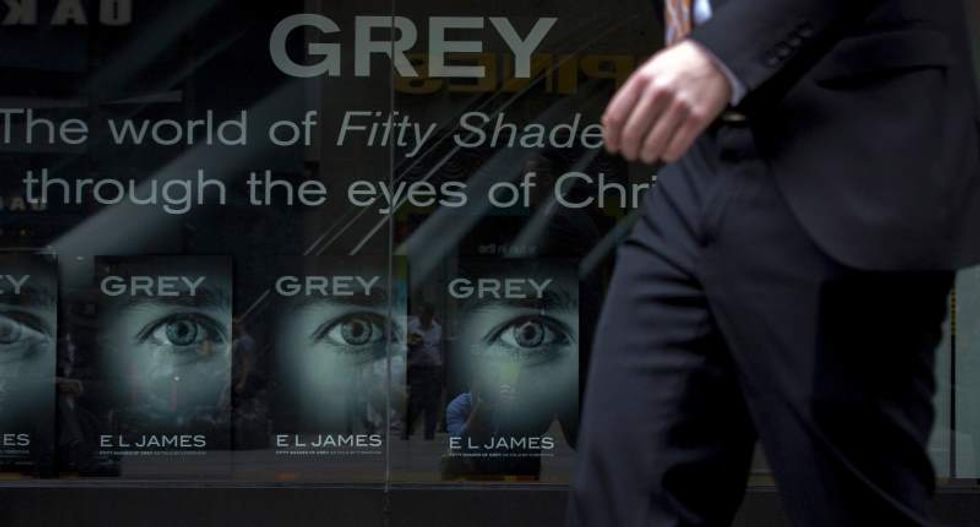 A man passes by an advertisement for 'Grey' outside a bookstore in New York on June 18, 2015. (Reuters/Brendan McDermid/File Photo)

No monetary figure was announced in the settlement between Fort Worth schoolteacher Jennifer Pedroza and Amanda Hayward of Australia, the lawyers said.

The two women were among the original partners in The Writers Coffee Shop, an online community that became a small independent publisher of ebooks. It originally published the "Fifty Shades" trilogy in 2011 as an e-book and print-on-demand book.

Last year, a judge in Fort Worth ordered Hayward to set aside $10 million to pay Pedroza after a Fort Worth jury decided in February 2015 that Pedroza was defrauded out of her fair share of royalties.

"I believe everyone is pleased," said Mike Farris, an attorney for Pedroza.

"It’s nice to have the whole thing resolved," said David Keltner, a Texas-based attorney for Hayward. "The settlement puts an end to the disagreements they had."

The rights to the "Fifty Shades" books, written by British author E.L. James, were sold for more than $40 million to Random House, and the deal led to the sale of more than 100 million copies worldwide.

A Fort Worth jury in 2015 agreed with lawyers for Pedroza who argued she was one of four original owners of The Writers Coffee Shop and Hayward fraudulently presented a restructuring agreement for the sale to Random House so she could keep the money for herself.

Texas District Court Judge Susan McCoy ordered the $10 million be set aside to satisfy the jury verdict while an investigation was underway to determine the precise amount Pedroza was owed.

Farris said settlement talks began several months ago. McCoy signed an order this week to set aside the judgment as a result of the settlement.

A film based on the first book, "Fifty Shades of Grey," took in more $570 million in the United States and abroad, according to tracking site Box Office Mojo.