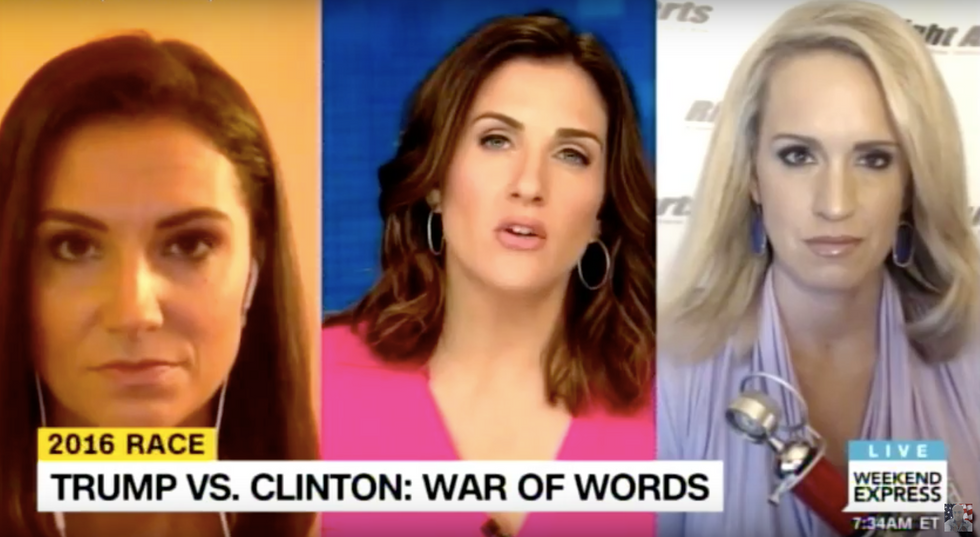 Trump supporters and surrogates have called Clinton's comments "desperate" and chided her for supposedly insulting a group of voters.

"So," she continued, "he has tapped into this very ugly stream in America." She added that what Sen. Elizabeth Warren (D-MA) said this week, that the current U.S. economic climate has left a lot of lower-income people behind and that their anger is real. "I think you've got both, and I think it's frankly important to point out the kind of company you're keeping if you're going to back somebody like Donald Trump."

Hughes said that Clinton should admit she's "done something wrong" by making the remarks.

"I don't agree with what Krystal said about those different groups, I think that it once again is just Hillary Clinton trying to divide. She doesn't want to unify. And she put a number to it, it's not like she just said just a small percentage, she said half. That's a quarter of the American population, considering they're almost tied in polls right now."

"And let's just say something happens and she gets elected, she's supposed to represent, and to say that one quarter of the American population is those things? That is wrong."

"What number would you put to it?" asked Ball. "Because you can't deny that this is real."

"It's my turn," sniped Hughes. "Would you like me to sit there and say that Hillary Clinton is accountable for cop killings? Or for communism or anarchism or all of the crazy fringes that exist on the left right now?"

"There might be a small fringe," she conceded, "that have those horrible things that we denounce, all that Mr. Trump has denounced."