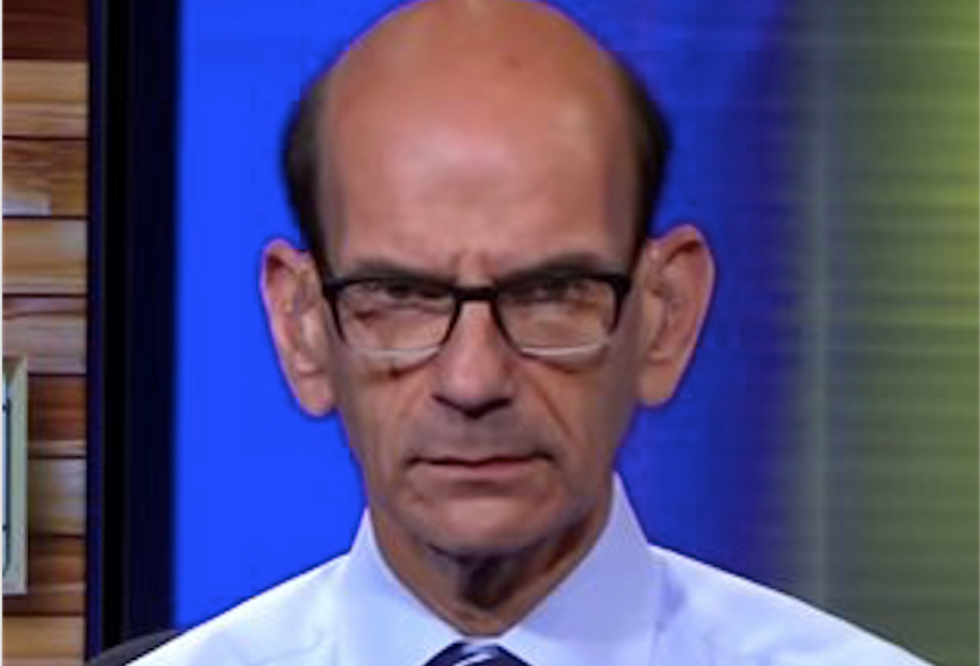 White ESPN commentator Paul Finebaum said that black Americans need to stop complaining about discrimination because "this country is not oppressing black people."

Black Sports Online reported Thursday on Finebaum's remarks, which he made on his ESPN Radio show Monday.

"This country has issues," Finebaum said, "but this country is not oppressing black people."

The sports author joined a panel discussion about San Francisco 49ers quarterback Colin Kaepernick on Tuesday where he underscored his assertion that black people in America aren't being oppressed.

"Usually people protest when they’ve been oppressed, when they have a legitimate stake in the action," said Finebaum. "I don’t know where Colin is coming from. What’s his beef with society, other than he’s upset with how, in his mind, people are being oppressed in this country?"

"I don’t know Paul Finebaum to make assumptions about him personally," wrote BSO's Robert Littal, "but what I do know is he is a 61-year-old white man, so I am going to go out on a limb and say he has no idea what black people old or young have to go through in this country. He has no idea what it is like being a black person in this country currently and doesn’t have the right to tell us how we feel."