‘This guy is a complete clown’: Hispanic business leader unloads on Trump after immigration speech 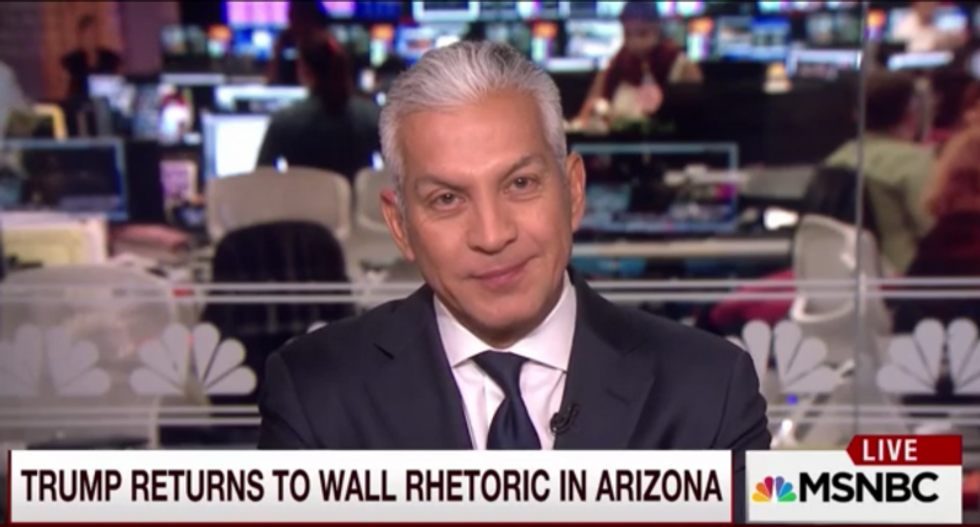 Hispanic leaders are weighing in on Donald Trump's big immigration speech on Wednesday night -- and the reviews are not good.

Hispanic Chamber of Commerce CEO Javier Palomarez went on Morning Joe on Thursday and tore apart Trump's rhetoric on immigration. In particular, he noted that Trump has made it impossible for himself to "pivot" to a more sensible immigration policy because of his incendiary rhetoric.

"He's painted himself into this box," Palomarez declared. "He's damned if he does, and damned if he doesn't. He really had to come back out and fire up his base, but in reality he hasn't done anything to help himself in terms of growing the number [of supporters]."

Palomarez said last night's speech means he's "done for" with the Hispanic community, which also means that he will never be elected president.

The Chamber CEO then finished off by giving Joe and Mika a quick Spanish lesson.

"I don't know if you guys speak Spanish, but I want you to remember this one word: 'Payaso,'" he said. "It means 'clown.' This guy is a complete clown."