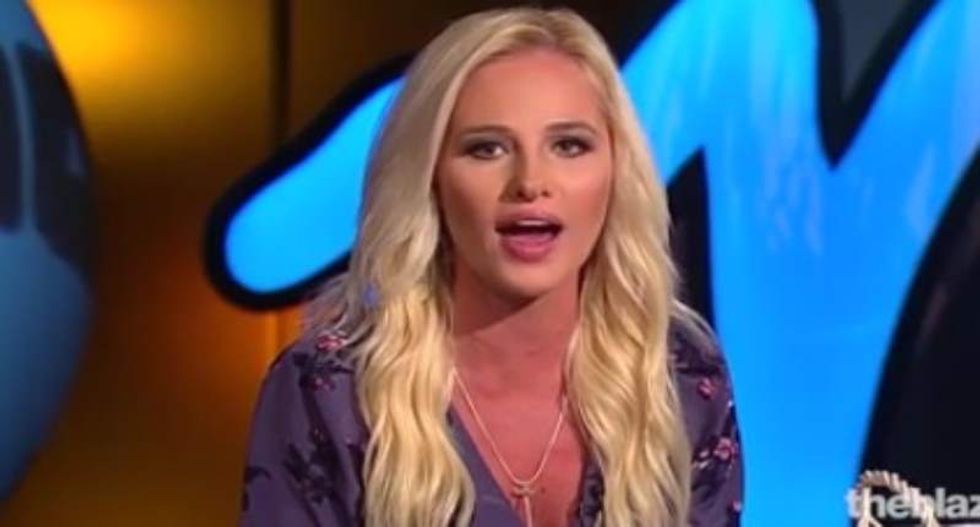 Tomi Lahren was outraged on Monday following Hillary Clinton's criticism of what she described as half of Donald Trump's fanbase as a "basket of deplorables."

"Now you have the audacity to call Trump supporters racists, sexist, xenophobic, homophobic, and Islamophobic while you and your foundation donors and those funding your lifestyle literally stone women and throw gays off buildings?" Lahren said on her show.

"It's not racist to believe in accountability, reject victimhood, and speak out against the antics of the 'Black Lives Matter More' movement and support our police officers," she said. "It's not sexist to deny the presidency to a woman because that woman is a crooked sack of lies. It's not xenophobic to put Americans first in our own damn country and believe in a secure border and respect for rule of law. And listen here, Miss Clinton: it's not Islamophobic to call our enemies what they are -- radical Muslims."

She also insisted that conservative voters would make Clinton regret her remark on election day.

"We will fill our baskets with God, glory, faith, family and freedom," Lahren boasted.

Watch Lahren's commentary, as aired on Monday, below.