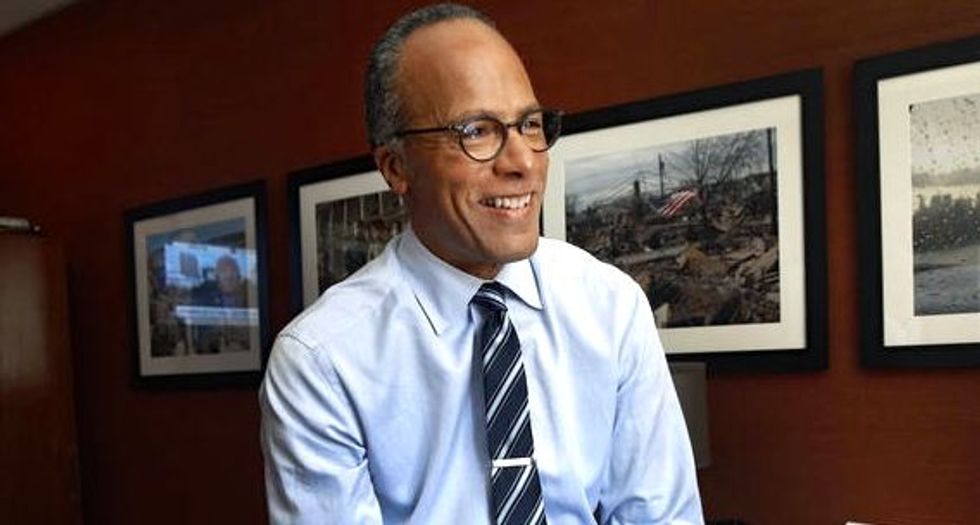 Republican Donald Trump may have gotten it wrong when he said the moderator of the first U.S. presidential debate next week between him and his Democratic rival, Hillary Clinton, is a Democrat.

NBC's Lester Holt, who will moderate the debate on Monday, is registered as a Republican, according to voter information on the New York State Board of Elections website. NBC did not respond to requests for comment on Tuesday about Holt's party affiliation.

Trump has said repeatedly the presidential debates will be stacked against him. He said on Fox News on Monday that Holt was a "professional" but that he was a Democrat, adding that the NBC News anchor may be under pressure after critics accused fellow NBC journalist Matt Lauer of giving Clinton tougher treatment than Trump during a recent forum on defense issues.

"Look, it's a phony system. Lester is a Democrat. I mean, they are all Democrats. OK? It's a very unfair system," Trump said on the show.

Cooper is registered in New York with no party affiliation, according to the state elections site, which CNN confirmed. ABC did not respond to a request for comment about Raddatz's registration.

The fourth presidential debate moderator, Chris Wallace of Fox News, is a registered Democrat in Washington, D.C., according to the District's elections website. Wallace has said in interviews that he registered with the party so he could vote in primaries in the heavily Democratic District of Columbia.

(Reporting by Emily Stephenson in Washington; Editing by Richard Valdmanis and Peter Cooney)