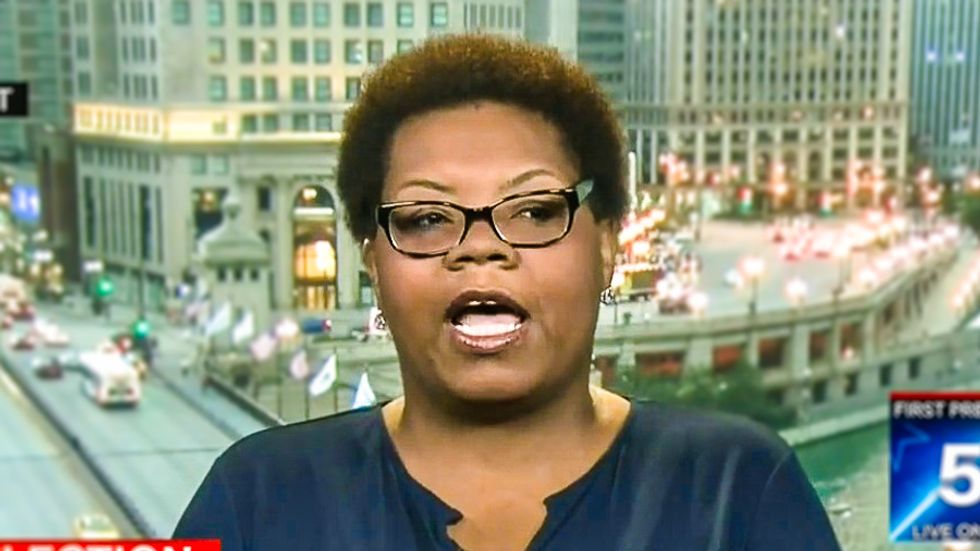 Brunell Donald-Kyei, co-chair of the National Diversity Coalition for Trump, asserted on Wednesday that Donald Trump had not condemned the shootings of black men by police because he was waiting to find out the facts before speaking out.

During an interview on CNN's New Day, host Chris Cuomo noted that Trump has been eager to speak about violence in black communities but has said nothing about the recent police killings of Terence Crutcher in Tulsa and Keith Lamont Scott in Charlotte.

"The candidate you support has been silent so far, uncharacteristic of him," the CNN host observed. "Why?"

Donald-Kyei acknowledged there were "a few bad apples" in law enforcement.

"It's unfortunate that you have officers, some officers, a small percentage that are not following the rules," she explained.

"So, how do you explain [Trump] not sending that message out right now, not leading?" Cuomo wondered. "He ordinarily has something to say when something happens."

"I believe that Mr. Trump, like all Americans are waiting to find out what the actual facts are," Donald-Kyei insisted. "The police have to do their investigations and talk to the officer and different things like that."

"So we definitely have to let the police do their investigation and get to the bottom of this."