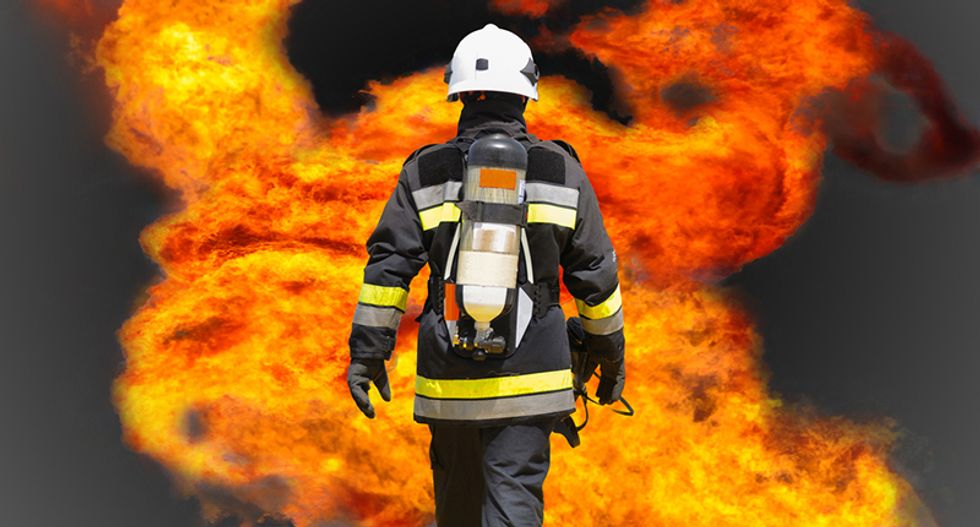 A Dell Rapids, South Dakota firefighter was relieved of his duties after a social media post where he encouraged reinstituting slavery.

"You're a public servant and you're putting stuff like that on Facebook, that's not good," said Dell Rapids resident, William Dezee.

Many people in the nearly 4,000 person town were shocked the comments came from someone tasked with coming to their aid in emergencies.

"There's enough problems going on, we don't need racial slurs or people wearing masks or saying something that's what 160 years old, leave it alone. That's the way it should be," Dezee continued

The comment was in response to a photo of a former Kansas State University student named Paige Shoemaker, who went viral last week when she posted a photo of herself and another white friend wearing a L'Oréal clay facial mask. The mask made it appear as though she was in blackface and her caption read, "Feels good to finally be a n*gga." Shoemaker was expelled and posted an apology and explanation of the incident, but Nygaard used it as an opportunity to speak his mind about race and his support for Donald Trump.

Dell Rapids Fire Rescue issued a statement on their Facebook page announcing that they had terminated Nygaard.

"John is no longer a member of our volunteer organization. Dell Rapids fire would like to apologize on behalf of our former member for his insensitive and narrow-minded comments on Facebook. This is something we take very seriously and this type of thinking will not be tolerated by our members."

Nygaard has removed all identifying information from his Facebook page.

A screen capture of Nygaard's comments are below: 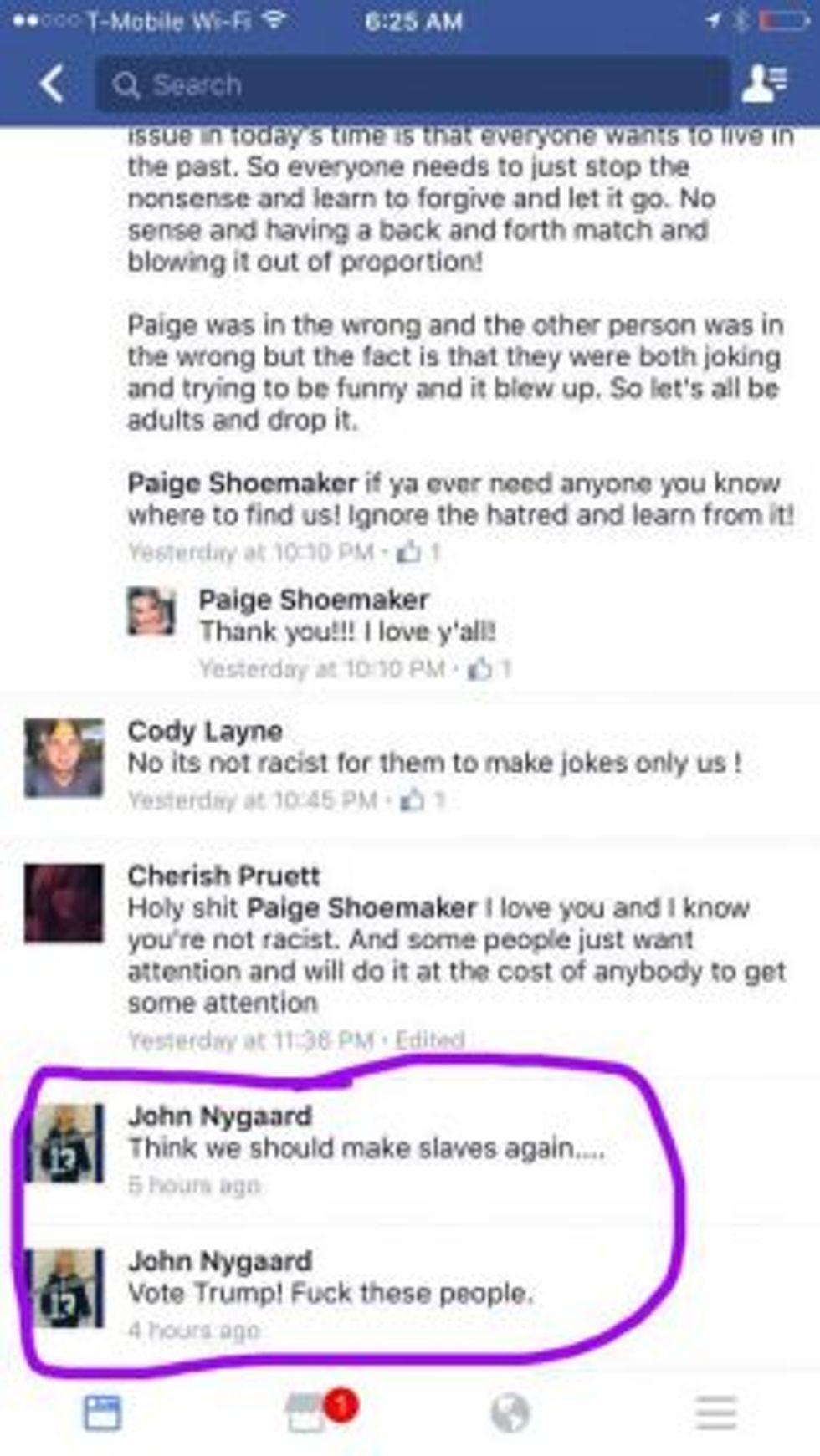