Trump rants: Clinton is 'so protected' she could shoot someone and get away with it 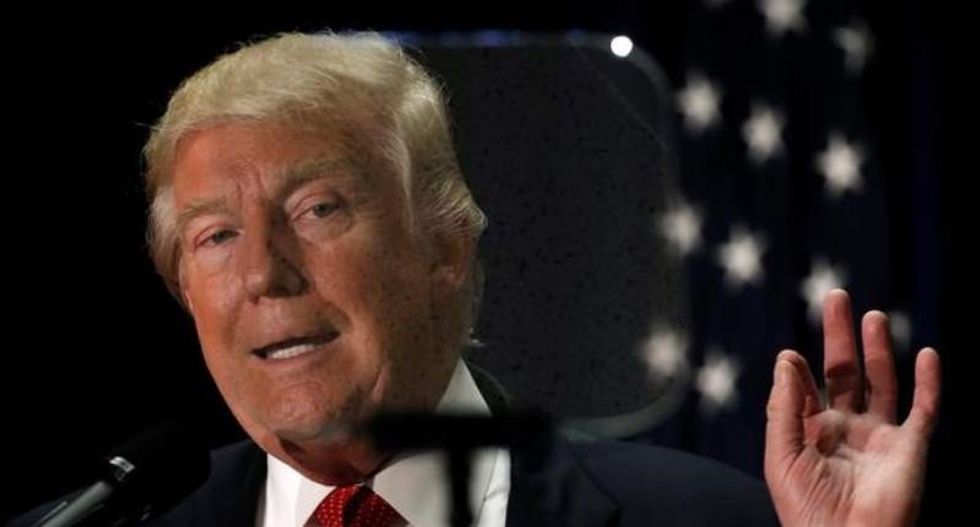 Republican presidential nominee Donald Trump reads off a teleprompter as he speaks at the Cleveland Arts and Social Sciences Academy in Cleveland, Ohio, on Sept. 8, 2016. (Reuters/Mike Segar)

At a rally on Friday before thousands of cheering supporters in Pensacola, Florida, Trump had more harsh words for the Democratic presidential nominee in the fallout over their crossfire at a televised national security forum in New York on Wednesday.

"Because she's being so protected, she could walk into this arena right now and shoot somebody with 20,000 people watching right smack in the middle of the heart and she wouldn't be prosecuted, okay?" he said.

"That is what's happened to this country. I never thought I'd see the day where this has happened to our country," he added.

Trump's charge is that Clinton, a former U.S. secretary of state and former U.S. senator, has profited from a "rigged" political system. He has repeatedly denounced the FBI's decision not to prosecute Clinton for her use of a private email server and the handling of classified information.

As a newcomer to politics, Trump has used colorful language in the past to describe fervent support for him.

"I could stand in the middle of Fifth Avenue and shoot somebody and I wouldn't lose voters," Trump said at a campaign rally in Iowa last January.