A 19-year-old gay man named Braxton Taylor tragically took his own life this week, and many people in his community have posted messages on social media mourning his loss.

But Jason Christensen, an Independent American Party candidate for state senate in Utah, thought it was appropriate to react to one mourner's grief by lecturing them about the sins of homosexuality and suicide. And unfortunately for Christensen, his "condolences" for the young man's life are now going viral on Reddit.

It all started when a woman who lived near Taylor posted a eulogy on her Facebook page expressing her grief.

"This beautiful boy lived in Kaysville and shared the same zip code as I do," she wrote. "He attended the same jr. high school as my children, and was just nineteen years old."

Chistensen posted a response to her that acknowledged that Taylor's death was "sad," but added that he may still have to answer for his sinful way of life.

"Yes this is sad, and hopefully God will have mercy on both sins that this boy committed," Christensen wrote. "The sins of homosexuality and the sins of murder."

The woman who wrote the original tribute to Taylor was apoplectic in response.

"Jason Christensen get off my thread now," she said. "Not able to block you now but will asap. How dare you! Get the hell off!"

Christensen, however, was undeterred.

Below is a screen cap of the exchange. 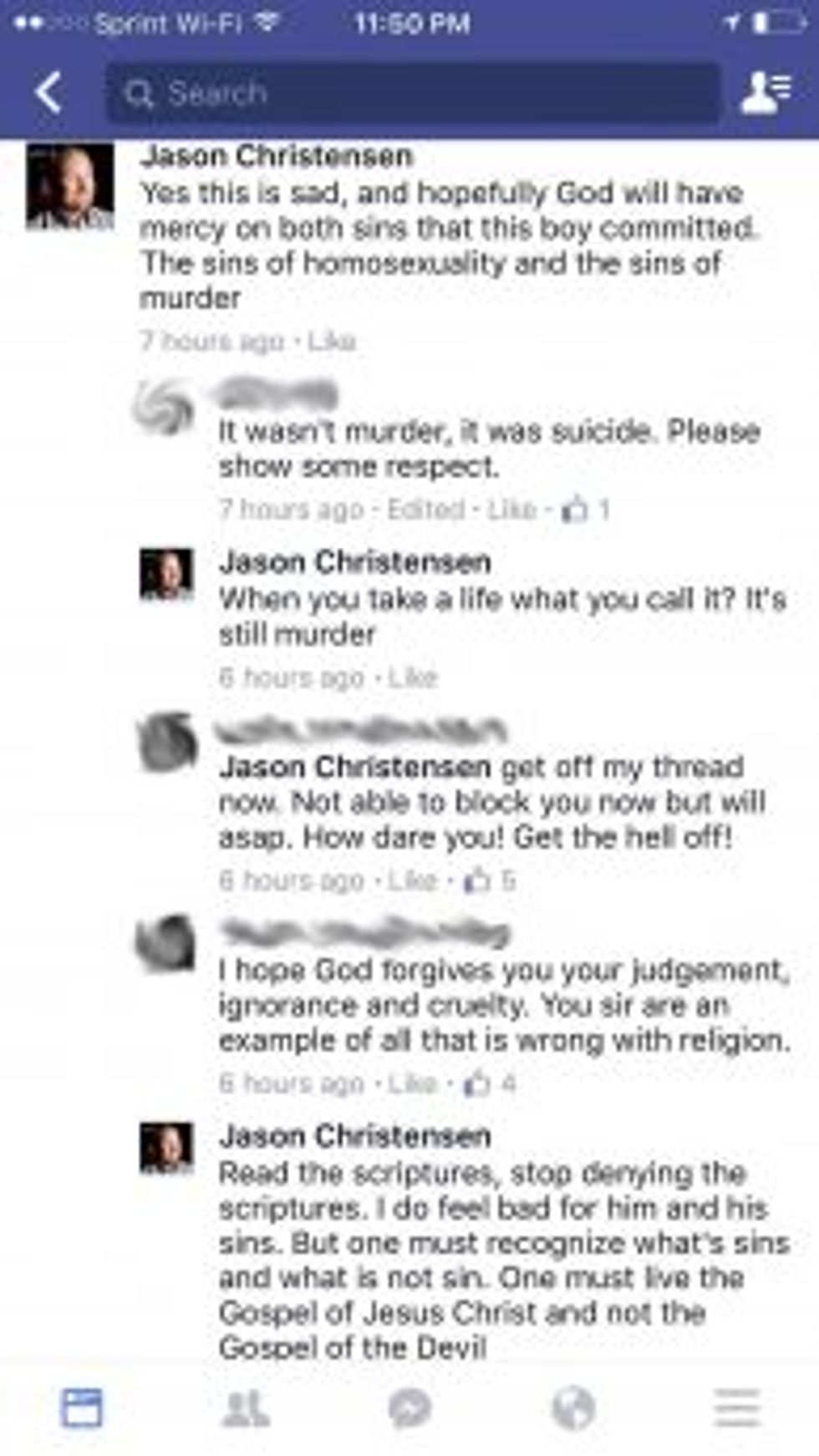 Shortly afterward on his own Facebook page, Christensen wrote, "Don't you love how intolerant the left actually is?"