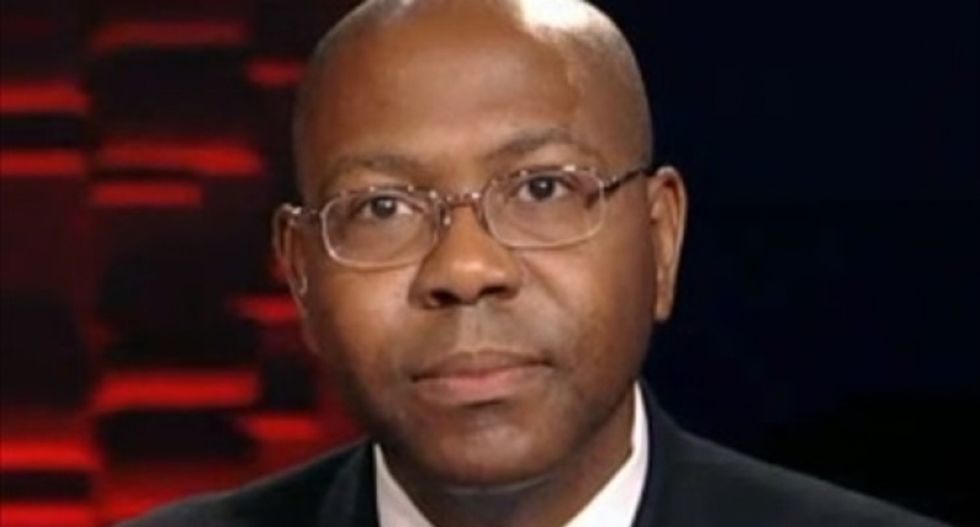 "What's striking to me about this is how quickly a black victim of police violence gets turned into a martyr, instantaneously," Riley told Fox News host Bret Baier. "It doesn't matter if you are armed, unarmed, running from cops, running toward cops. It just doesn't matter.

"The Left, the Black Lives Matter movement, the progressives are going to make you a saint instantaneously. This is very, very dangerous. They are trying to shoehorn any incident into this narrative that cops are hunting black men. And I don't buy it."

Riley's remarks came during a discussion regarding the political impact of the demonstrations taking place in Charlotte following the shooting of Keith Lamont Scott on Wednesday. Officials allowed Scott's family to watch footage of the incident, but have not released it to the public.

Watch Riley's remarks, as posted by Media Matters on Thursday, below.