Washington shooter had no contacts with militant Islamic groups: authorities 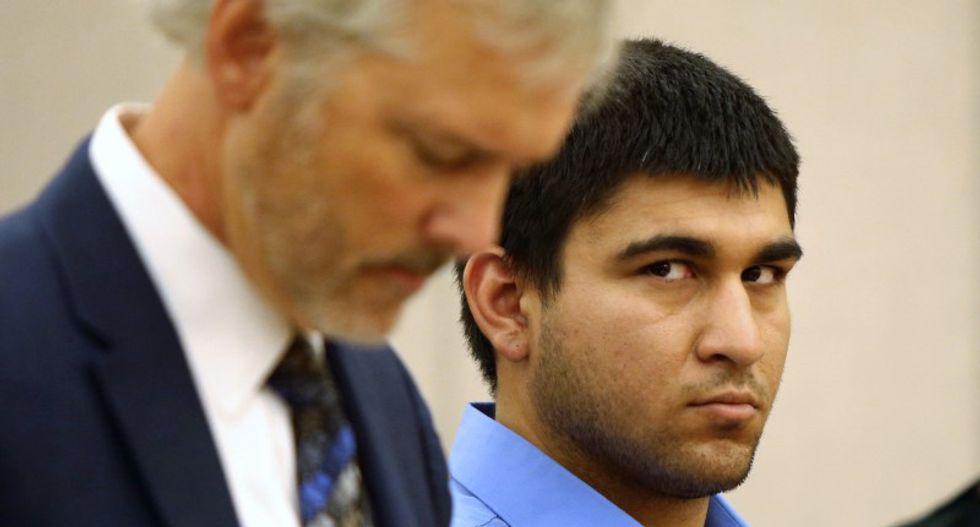 There is no evidence showing that a man charged with five counts of first-degree murder after confessing to a shooting rampage at a shopping mall in Washington state over the weekend had contact with any known Islamic militant groups or individuals, a law enforcement official told Reuters on Monday.

Turkish-born Arcan Cetin, a 20-year-old legal U.S. resident, was advised of the charges against him during a brief hearing in Skagit County District Court in Mount Vernon, Washington, on Monday and ordered held on $2 million bail.

According to charging documents, Cetin admitted to police investigators that he brought a Ruger .22 caliber rifle into the Macy's department store at Cascade Mall in Burlington, about 65 miles (105 km) north of Seattle, on Friday evening and fatally shot five people.

Skagit County District Attorney Richard Weyrich declined to discuss a motive for the shootings. But a law enforcement official familiar with the investigation told Reuters there was nothing to suggest that Cetin had had contact with any known Islamic militants.

However, the source said Cetin's motives for the attack were still unclear.

Cetin walked into the Macy's shortly before 7 p.m. PDT (0200 GMT), gunning down a 16-year-old girl near a clothing rack, then opening fire on the other four victims in the make-up department before placing the gun on a cosmetics counter and walking out, prosecutors said in the court papers.

Representative Rick Larsen said on the floor of the House of Representatives on Monday that the slain girl was high school sophomore Sarai Lara, a cancer survivor.

Wearing red and blue jail garb and shackled at the waist, Cetin showed no emotion during Monday's court appearance and spoke only to respond "yes, your honor" several times to the judge.

"It's a terrible, terrible thing and a terrible tragedy for the whole community," Weyrich told reporters after the hearing, adding prosecutors have yet to decide whether to seek the death penalty against Cetin.

The attack follows a series of violent outbursts at shopping centers across the United States, including the stabbing of nine people at the Crossroads Center in Minnesota on Sept. 17. The FBI has said it considers that attack a "potential act of terrorism."

Cetin was taken into custody without incident Saturday evening after police spotted him near his home in Oak Harbor, 30 miles (48 km) southwest of Burlington.

According to the charging documents, Cetin initially walked into the mall unarmed, through a Chuck E. Cheese family entertainment and pizza restaurant, then went back to his car to retrieve the rifle from the trunk, moving the car closer to Macy's.

According to prosecutors, Cetin's father told them that he and his son had had a falling out recently.

The father said he last saw his son at dinner at about 4:30 p.m. on the day of the shooting and that his rifle, which matched the description of the murder weapon, was missing along with ammunition.