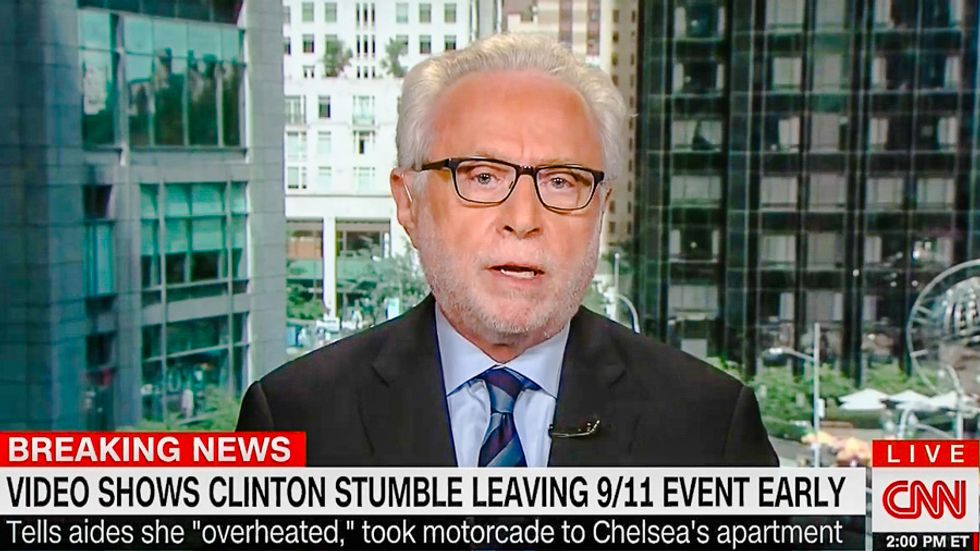 CNN host Wolf Blitzer covered Hillary Clinton's alleged health issue on Sunday by playing a clip of her being helped to her motorcade nearly 40 times in 10 minutes.

After the Clinton campaign said that the Democratic nominee left a 9/11 memorial because she felt "overheated," CNN obtained a 10-second clip of Clinton stumbling into a van as she left the event.

While Sanjay Gupta, CNN's chief medical correspondent, opined on the causes of the incident, Blitzer continued to replay the clip over and over again.

After about 10 minutes, Blitzer paused for a commercial break.

"We have a lot more coming up," he explained. "We'll resume our special coverage right after this."

Watch the 10 minute segment below compressed to less than 2 minutes.