WATCH: Conservative lawmaker gets confronted by her gay brother for opposing same-sex marriage 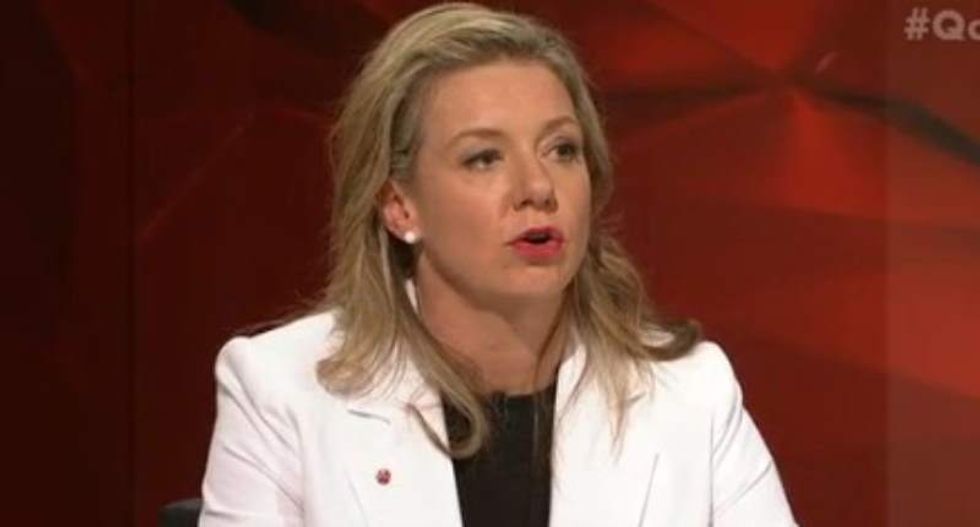 Australian Sen. Bridget McKenzie was forced to defend her anti-marriage equality stance on national television after her brother -- who is gay -- questioned her for refusing to vote on a measure legalizing it, Buzzfeed reported.

McKenzie, a member of the conservative National Party, was confronted via video by her brother Alastair McKenzie, during an appearance on the talk show Q&A.

"Given the majority of parliamentarians and Australians now support marriage equality, is a $160 million plebiscite necessary, and what impact do you think the debate will have on the emotional well-being of gays and lesbians like me?" he asked.

"Public statements promoting inequity only serve to perpetuate the isolation and marginalize those youths questioning their sexuality," he wrote. "Growing up in the country can be tough and isolating, growing up gay in the country in the 1990s was horrific. Given her own story and connection, I had hoped to see a more courageous and compassionate response."

Bridget McKenzie, who has refused to comment on her difference of opinion with her brother in the past, told host Tony Jones on Monday that the debate "would only be damaging" if there was a lack of respect between Australians on both sides of the issue.

"Does that mean that you won't respect the view of the public if they vote yes for a plebiscite?" Jones asked.

"What I think is that there is tension for some MPs like myself on both sides of the aisle, between our desire to respect the sovereign will of the Australian people and our conscience in a representative democracy," she said. "I do think, Tony, there is a way to resolve that tension, and that is to --"

"Have a vote in the Parliament?" Green Party Sen. Larissa Waters asked, cutting in and drawing applause from the audience.

No date has been set for the proposed non-binding plebiscite. According to the Australian Broadcasting Company (ABC), Prime Minister Prime Minister Malcolm Turnbull, it would cost $160 million.

Supporters of same-sex marriage oppose the idea, arguing that not only does Parliament already have the power to vote on the issue, putting it up to a plebiscite exposes LGBTQ Australians to potential harm, citing research showing increases in mood and anxiety disorders, among others, in US states where same-sex marriages were put to a popular vote.

Is a $160m plebiscite necessary & what impact do you think the debate will have? Our #QandA panel responds https://t.co/flpBk2EkWr