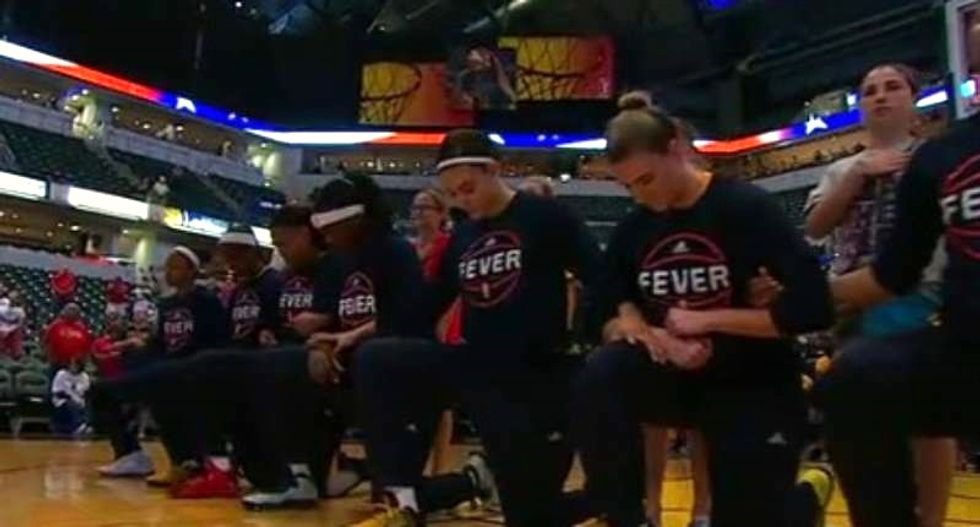 Members of the Indiana Fever take a knee during the national anthem on Sept. 21, 2016. (ESPN)

The WNBA's Indiana Fever took part in Colin Kaepernick's protest against police brutality on Wednesday, with the entire team taking a knee during the playing of the national anthem.

According to SB Nation, the team's action took place prior to their playoff game against the Phoenix Mercury. Two Mercury players, Mistie Bass and Kelsey Bone, also joined the silent demonstration.

ESPN, which is airing the game, showed both the Fever's protest and a pre-game speech by head coach Stephanie White supporting her players.

Earlier in the season, both teams were fined by the league when players wore t-shirts bearing the names of two police shooting victims, Alton Sterling and Philando Castle. The fines were dropped after public criticism toward the league.

Watch footage of the protest, as aired on Wednesday, below.