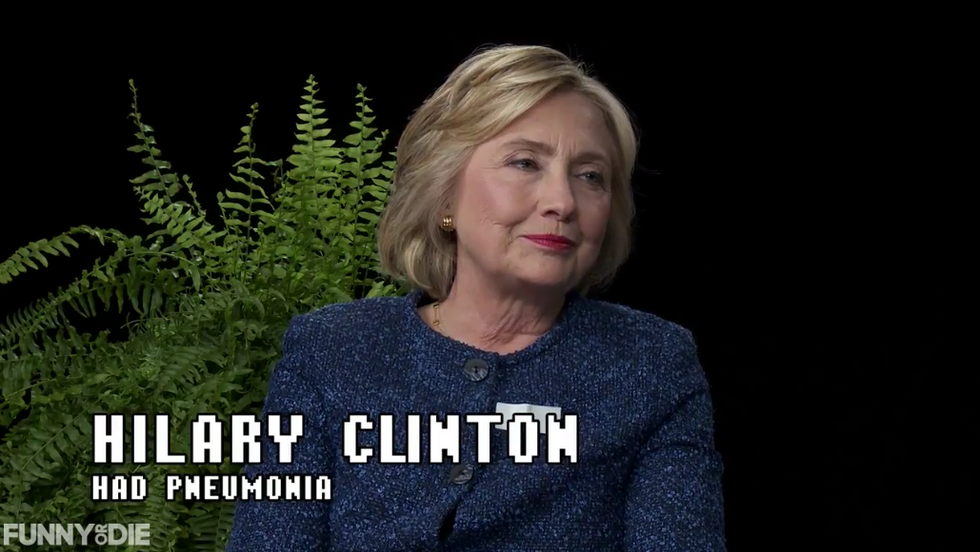 Among other things, Galifianakis asked Clinton whether Trump's success in the polls has made her consider whether she should be "more racist" than she currently is in the hopes of attracting more voters.

Clinton didn't even dignify the question with a response and just rolled her eyes.

He then asked her if she would consider moving to Canada or "one of the Arctics" if Trump got elected as president and appointed Kid Rock to be his Secretary of State.

Galifianakis then pointed out that it would make no sense for her to lead an armed revolution anyway, given her secret plans to "take away everyone's guns."

Galifianakis finished up the interview by asking Clinton, "What's the best way to reach you -- email?"

She again gave him a not-so-friendly look.

Between Two Ferns With Zach Galifianakis: Hillary Clinton from Funny Or Die
Video
Report typos and corrections to: corrections@rawstory.com.