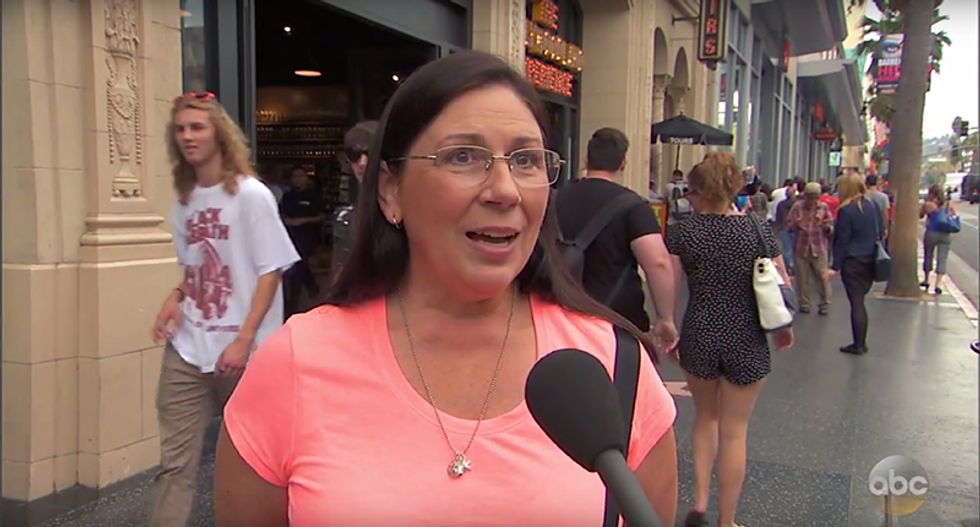 Comedian Jimmy Kimmel loves lying to people on the street about fake news and asking for their opinion on it. That's exactly what he did with his "Man on the Street" interview Tuesday night.

Kimmel admitted he thinks that Republican presidential candidate Donald Trump should release his tax returns like every other candidate before him. Trump claims that it doesn't matter and people don't care about it, but the polls aren't in his favor.

Trump supporters were told that Trump recently released his tax returns and did everything from writing off his marriages as "entertainment costs," and listing his primary occupation on his taxes as "farmer," as well as admitting his net worth is only $24,000 -- not $10 billion.

Other "revelations" included donations to the dentist who killed Cecil the Lion and the legal defense fund of alleged child pornography connoisseur, Jared Fogle.

Check out their absurd responses in the video below:

Alex Jones abandons Donald Trump: 'We have someone who is better'

InfoWars host Alex Jones has publicly announced that he will no longer "pigheadedly" support former President Donald Trump. Instead, he is now throwing his support behind Florida Gov. Ron DeSantis (R).

Jones made the announcement this week during an InfoWars broadcast as he recalled a number of the former president's political initiatives he now claims to have disagreed with.