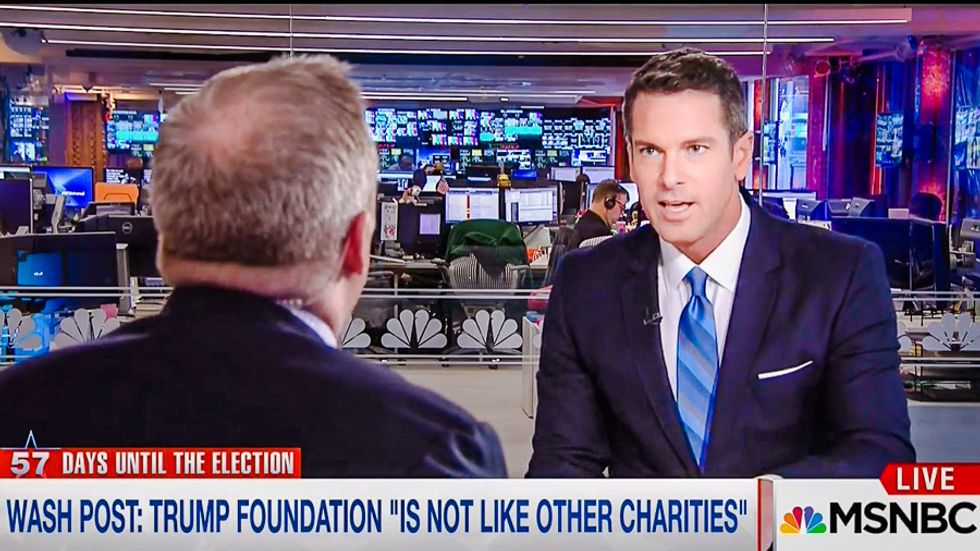 Conservative media have amped up an obsession with Clinton's health in recent days after she had a coughing fit at a rally in Bridgeport, and her campaign later revealed that she had been diagnosed with pneumonia.

On Monday, Roberts was grilling Spicer about Donald Trump's charity work when the RNC official let out a cough to clear his throat.

Roberts paused the interview: "Is that pneumonia?"

Moving on with the interview, Roberts pointed out that questions about Trump's charitable foundation could be resolved if the candidate would release his taxes.

"So before election day, yes or no, do you think we'll get them?" Roberts wondered.

"Do you care?" Roberts asked.

"Alright, Sean, good to have you with me," Roberts said, concluding the interview. "I'm glad that the cough is just that: a cough."