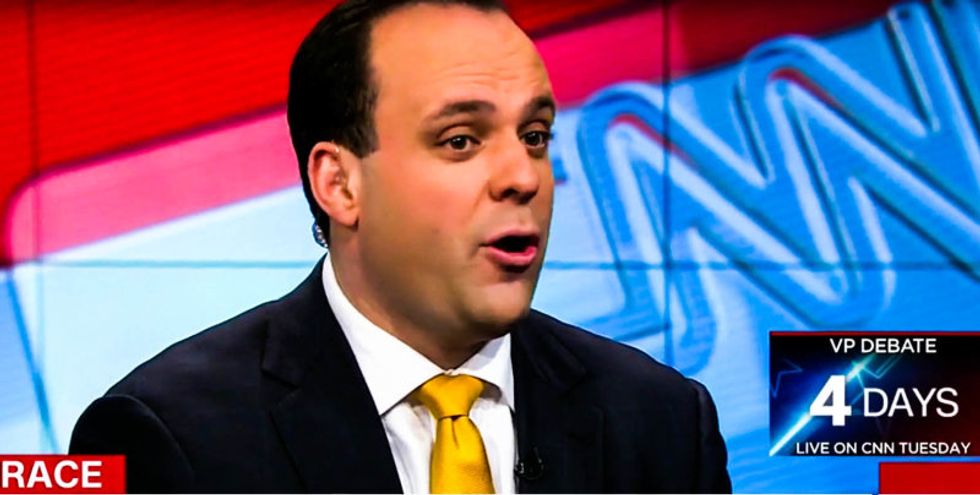 The Washington Post's David Fahrenthold has been doing Pulitzer-worthy work for his reports exposing the shady dealings of Donald Trump's "charity" foundation.

The Trump campaign is obviously displeased with Fahrenthold, which is why it has been sending its surrogates on TV to trash his work and attack him as a biased left-wing fanatic.

Via Media Matters, CNN invited Trump campaign adviser Boris Epshteyn to offer his best defense of the Trump Foundation on Friday, but instead he delivered a logic-free diatribe against Fahrenthold that didn't debunk any of his reporting.

Yes, that's his primary defense of the foundation: He personally has no knowledge of its inner workings, and David Fahrenthold can't possibly report on it because he's just a reporter.

CNN then asked Epshteyn a very simple question about the foundation: Does it have the proper certification it needs to solicit funds in the state of New York?

"You either have the certification or you don't," said CNN's John Berman. "The Attorney General of New York says, 'No.' Do you have any reason to dispute that?"

"Again, I'm not the attorney for the foundation," Epshteyn said.

"You're not disputing the facts of this story?" Berman pressed.

"There are no real facts in this story," Epshteyn replied, although it should be noted that the story is, in fact, loaded with facts.

After being pressed again, Epshteyn said that "to my knowledge, the Donald J. Trump Foundation and Mr. Trump follow all applicable rules and regulations."

Epshteyn said this despite saying mere seconds before that he was not qualified to comment on the foundation's inner workings because he was not his attorney.

Watch the entire interview for yourself below.