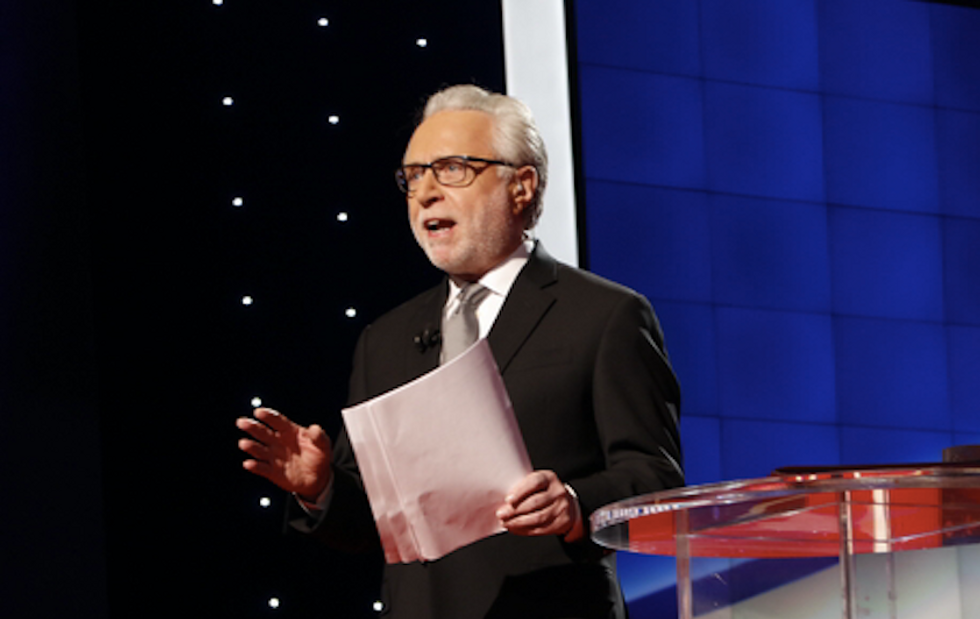 Paul opposes the sale because he knows the armaments will be used to bomb civilian targets in Yemen, which the Saudis have been doing for more than a year.

Blitzer expressed alarm that if the sale were to not take place, U.S. arms dealers and defense contractors will lose money.

“So for you this is a moral issue,” said Blitzer to Paul. “Because you know, there’s a lot of jobs at stake. Certainly if a lot of these defense contractors stop selling war planes, other sophisticated equipment to Saudi Arabia, there’s going to be a significant loss of jobs, of revenue here in the United States. That’s secondary from your standpoint?”

Paul replied, essentially, that yes, it's a moral position to oppose the slaughter of civilians, but he also wants to score political points against Pres. Barack Obama and undermine his authority.

“Well not only is it a moral question, it's a constitutional question,” Paul explained. “Our founding fathers very directly and specifically did not give the president the power to go to war. They gave it to Congress. So Congress needs to step up and this is what I’m doing.”

The U.S. has not declared war on Yemen or entered into any active military alliance with Saudi Arabia with the aim of prosecuting the regime's strategic objectives. The sale of armaments may be immoral in this instance, but absent any declaration of war, it is not unconstitutional.

The Intercept noted that neither is it really a question of economic risk to the U.S. because the defense industry is a slow and inefficient way to make money.

"If you’re worried about jobs, military spending is not where you look," said Zaid Jilani and Alex Emmons. "It’s an inefficient way to create jobs, because it has a lower multiplier effect -- meaning how much it ripples in the wider economy. One study from 2011 found that $1 billion put into military spending would create approximately 11,200 jobs, but that same amount of money put into education creates 26,700 jobs."