'We told him that dad went to heaven': Crutcher family gives heartbreaking interview to CNN 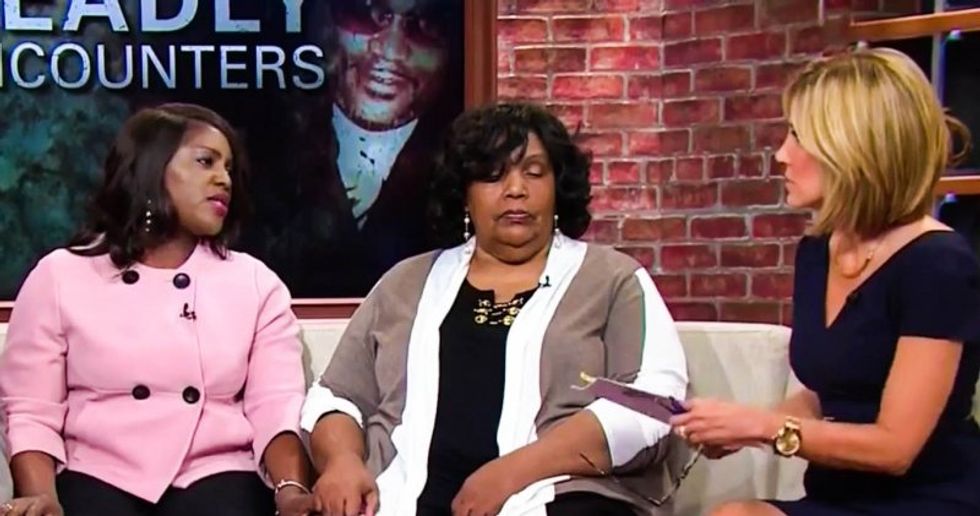 The family of Terence Crutcher went on CNN on Wednesday and gave an emotional interview about their son's fatal shooting at the hands of Tulsa police.

Leanna Crutcher, Terence's mother, told CNN's Alisyn Camerota how hard it was to explain to her youngest grandson where his father had gone.

"The day before yesterday, [he said], 'Where's my dad?'" she explained. "We told him, because we are people of faith, that dad went to Heaven. And that kind of satisfied him for a little because he knows that dad is in a good place."

The Rev. Joey Crutcher, Terence's father, told CNN that he was emotionally devastated when he saw the police video of his son's fatal encounter with the police.

"The video was released on Sunday, and the first time I was able to watch it was on Monday, and I lost it," he said. "It is the most devastating thing that has ever happened to me in my life."

Dr. Tiffany Crutcher, Terence's sister, told CNN how upset she was to hear police refer to her brother as a "big, bad dude" as the incident was occurring.

"I hear someone who is paid to protect and serve us prejudging my brother," she said. "He didn't know my brother at all. And I have so many friends who are officers of the law and they stand with us and they say that's not a representation of who our public servants are supposed to be.And it just validates what we've been angry about."