White nationalist who smeared MLK as 'degenerate': Trump is 'what we need in a leader' 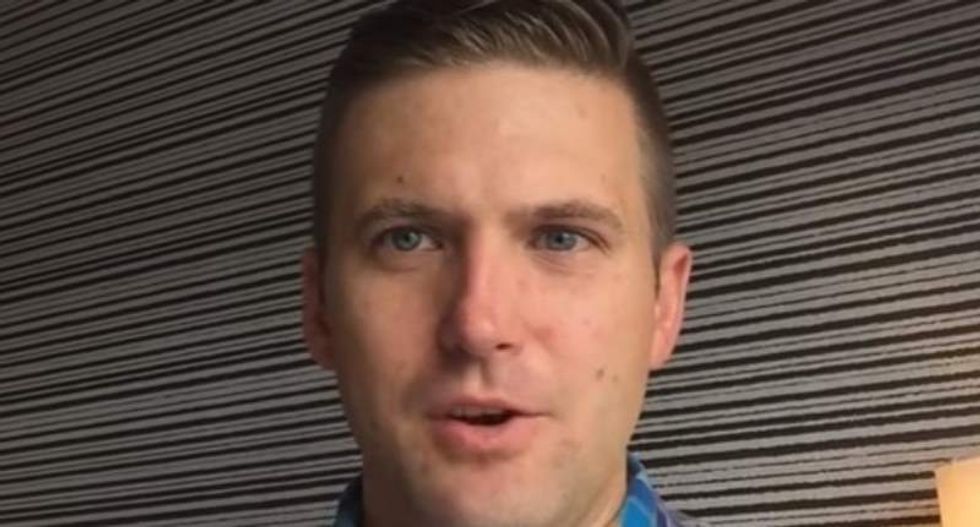 Another white nationalist leader signaled his support for Donald Trump at an event billing itself as an "alt-right" gathering, Media Matters reported.

According to the Southern Poverty Law Center, Spencer, a self-styled "academic racist," is the president of the National Policy Institute (NPI), which seeks "to elevate the consciousness of whites, ensure our biological and cultural continuity, and protect our civil rights."

In an op-ed for the group, Spencer also twisted Martin Luther King Jr.'s words in an attack on the civil rights leader, calling him "a fraud and degenerate in his life, [who] has become the symbol and cynosure of White Dispossession and the deconstruction of Occidental civilization. We must overcome!"

He also described immigration as "a proxy war -- and maybe a last stand -- for White Americans" that same year, a topic he cited as part of his support for the Republican presidential nominee.

"The fact that Trump, from day one, defined his campaign in terms of immigration I think that was key, and extremely important," Spencer said. "I don't think our support of Trump is really about policy at the end of the day. I think it actually, you could say its about style over substance, because, policy, what does that really matter?"

Talking Points Memo reported that the event was originally slated to be held at the National Press Club in Washington D.C., before being cancelled over "security concerns." It was moved to a ballroom at the Willard Hotel in the same city.

"We have not been made by Trump," Spencer said. "But we want to make Trump and we want to imagine him in our image."

Watch Spencer's remarks, as posted by Media Matters, below.