'Why are you so sick? Drop out!': Pharma Bro heckles Hillary Clinton on street after health incident 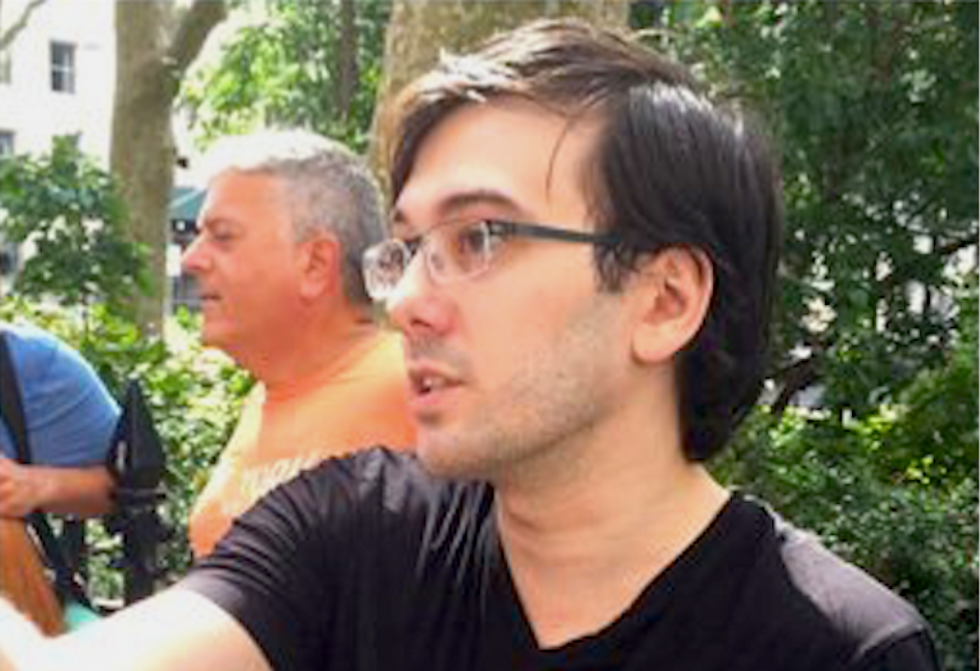 Martin Shkreli -- the disgraced former head of Turing Pharmaceuticals -- showed up outside Chelsea Clinton's Manhattan apartment on Sunday to heckle Democratic presidential nominee Hillary Clinton. He reportedly shouted at her from across the street as she emerged after an episode of light-headedness forced her to leave a ceremony honoring the victims of the terror attacks on Sep. 11, 2001.

"Why are you so sick?" Shkreli called, according to the New York Daily News. He then chanted, "Drop out!" and "Trump!"

The so-called "Pharma Bro" used the app Periscope to broadcast live for two hours as he stood among the press and well-wishers who gathered after Clinton left the ceremony Sunday morning.

During the broadcast, he insisted that Chelsea Clinton does not actually live in the Madison Square Garden apartment that the former First Daughter and husband Marc Mezvinsky moved into in 2013. Instead, Shkreli said that Clinton had checked into an "advanced medical facility" at the address.

"Chelsea Clinton does not live in that apartment," he said into his phone's camera. "That apartment is an advanced medical facility.”

The Daily News said, "Shkreli later tweeted he 'enjoyed' berating the Democratic presidential nominee, who did not appear to hear him."

Shkreli first came to national attention over his decision to massively jack up the price of a drug used to treat toxoplasmosis in patients with HIV and other immune disorders. Since then he has been fired from his position as Turing CEO over allegations of fraud. He is currently unemployed and facing multiple lawsuits.

Clinton's physician, Lisa Bardack, M.D., released a statement Sunday afternoon saying that she diagnosed the former Secretary of State with pneumonia on Friday and urged her to lighten her schedule and rest.

The candidate appeared at a major fundraiser on Saturday and the 9/11 remembrance on Sunday, where Bardack said she became "overheated and dehydrated."

“While at this morning’s event, she became overheated and dehydrated. I have just examined her and she is now re-hydrated and recovering nicely,” Bardack said.

Watch video from the New York Daily News, embedded below: