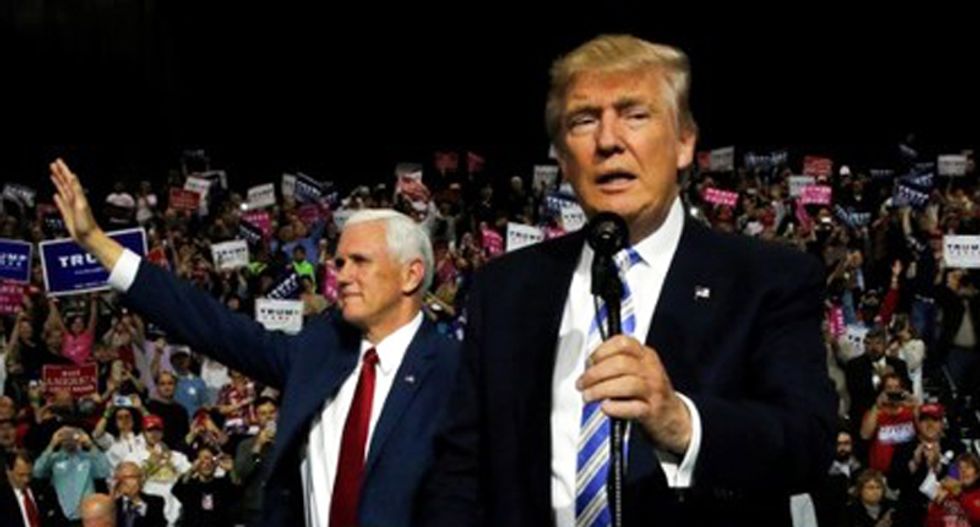 Donald Trump rode to the top of the Republican ticket promising a "big, beautiful, powerful" border wall with Mexico to stop the flow of undocumented immigrants. Along that border, however, Americans are more likely to call the wall a "waste of money", according to a Reuters/Ipsos opinion poll.

The results show that while the New York businessman may have expected his tough stance on immigration to fire up support nationally, it seems to be falling short in a state heavily affected by illegal immigration, and where he is now facing a surprising challenge from his Democratic rival Hillary Clinton.

Most Arizonans also believed it is not realistic to expect Mexico to pay for the wall, something Trump has vowed would happen if he’s elected president on Nov. 8, according to the poll.

The results lined up closely with nationwide opinions of Trump’s immigration policy: 49 percent of American adults say the wall would be a “waste of money” and 31 percent say it would be an “effective barrier.”

“As big and powerful, as rich as this nation is, we cannot just leave the door open,” said Tony Estrada, Santa Cruz County Sheriff, who has served in law enforcement in the border county for 49 years. “But, we need a realistic and humane process. Donald Trump is … catering to people’s fear.”

Polls show Arizona, a state that has voted Democrat only once in a presidential election since 1952, has become competitive. The Real Clear Politics average of polls showed Clinton ahead there by 1.3 percentage points. Reuters/Ipsos polling shows Trump ahead there by 4 points.

Clinton’s campaign said last week it would spend $2 million more campaigning in Arizona before the election.

DRIVING LATINOS TO THE POLLS

Arizona’s border with Mexico is 370 miles long, covering an isolated desert terrain that has drawn millions seeking to cross illegally. The state's number of undocumented immigrants has fallen 35 percent from a 2007 peak to 325,000, according to the Pew Research Center, as Arizona cracked down on that population. Nationwide, the number has dropped 9 percent from a high in 2007 to 11.1 million undocumented immigrants.

Wendy Cornacchio, a 45 year-old Trump supporter from Phoenix, said she believes illegal immigration is still a problem – but she would rather see technologies like drone surveillance than Trump’s wall to address it. “I don’t think that necessarily building a wall will work, but the concept of closing the borders I agree with,” she said.

Florida is another closely-fought state that has seen large levels of illegal immigration, though by sea rather than by land. Some 41 percent of voters there said they believed Trump’s wall would be a “waste of money”, while 36 percent thought it would be an “effective barrier”.

Progressive activist groups in both Florida and Arizona have been using Trump’s hard line on immigration against him to mobilize Latinos for Clinton, who advocates a path to citizenship for some undocumented immigrants. Mi Familia Vota, for example, says they registered more than 15,000 people in Arizona this year.