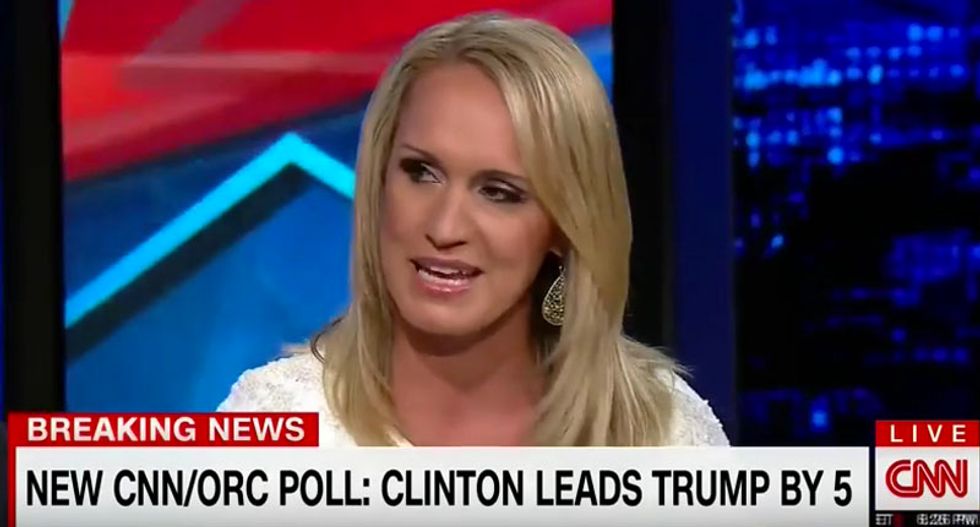 Scottie Nell Hughes was at it again in defense of Republican nominee Donald Trump on CNN, Monday night, when  she suggested that the media's polling numbers are a farce and said support for Tump could better be judged using social media.

According to Hughes, the media and polling numbers reported by media are inaccurate, and if you want to see the true value of the Trump campaign, you have to look at the turnout at his rallies.

CNN anchor Anderson Cooper shot back with the best comeback. He said in the most matter-of-fact way, "I also hear on Twitter that 9/11 is an inside job."

As the panelists laughed and Cooper took the segment to a pause, he said, "Time now for a quick break. Please don't tweet me about this."