Angela Rye knocks down Lewandowski: No more Trump excuses — 'all he's had is benefits and privilege' 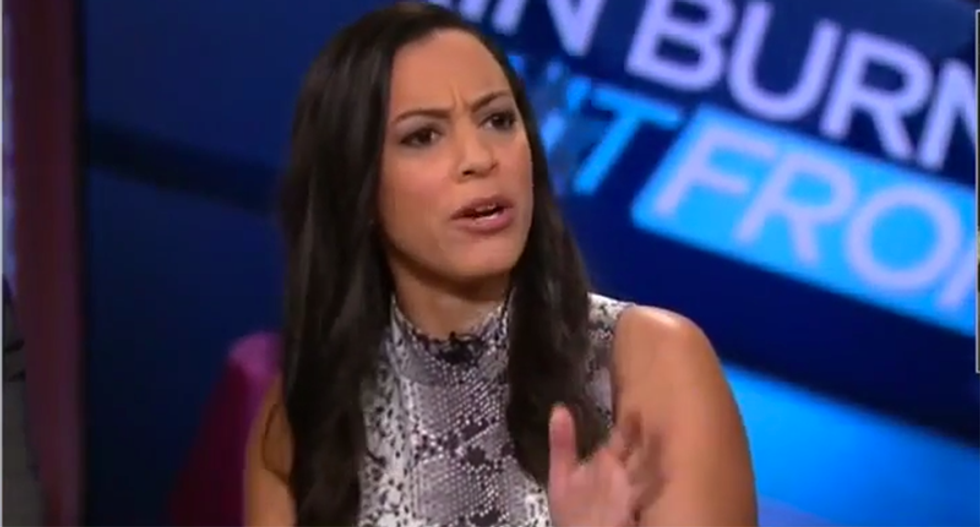 The panel began with a series of videos interviewing supporters of Donald Trump's campaign where one woman predicted a revolution and a man said he'd stop at nothing to "take her out."

Lewandowski maintained "there will be no civil war, there will be no revolution," however, he dodged questions if his candidate would be willing to instruct his supporters to quell their potential uprising.

"Hillary Clinton's slogan is 'stronger together,'" Rye said, as evidence that Clinton is promoting a different kind of campaign. "Barack Obama today in Florida talked about this issue being the type of issue that is not an ordinary Trump type of lie." Rye was referencing Trump's comments that he doesn't necessarily intend to go quietly if he is not elected Nov. 8.

"This is one of the things that's threatening," Rye continued. "In threatening the fundamentals of the American democracy, we have to begin to take ownership for this. If this man is running to be Commander in Chief, at some point he has to exhibit leadership instead of sitting and resting on his hands in his high and mighty ivory tower assuming the world is out to get him when all he's had is benefits and privilege."

Check out the takedown below: