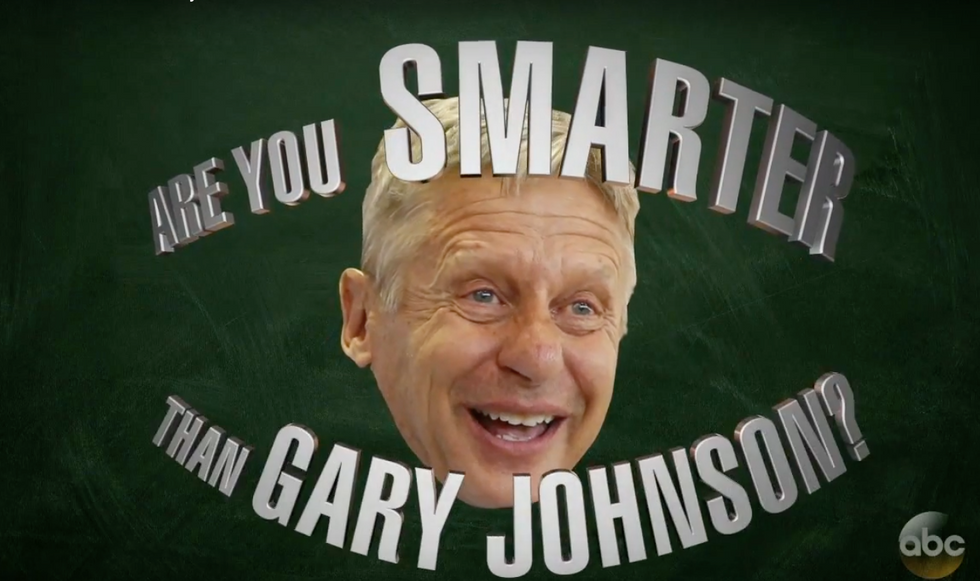 'Are You Smarter than Gary Johnson' promo still (Screen capture)

Johnson has had a brutal few weeks on the campaign trail between not knowing that Aleppo is a city in war-torn Syria, talking to a reporter with his tongue literally hanging out of his mouth and revealing in a New York Times interview that he can't name a single foreign leader who he admires.

"Is this an election or a game show?" he asked, before running the segment, "Are You Smarter than Gary Johnson?"

“He’s not a fifth grader,” said a voice-over, “but he might as well be! 'Are You Smarter than Gary Johnson,' Tuesdays at 8, followed by 'Win Jill Stein's Money.'"