Biographer: Trump will get even more dangerous and unhinged as election loss looms on the horizon 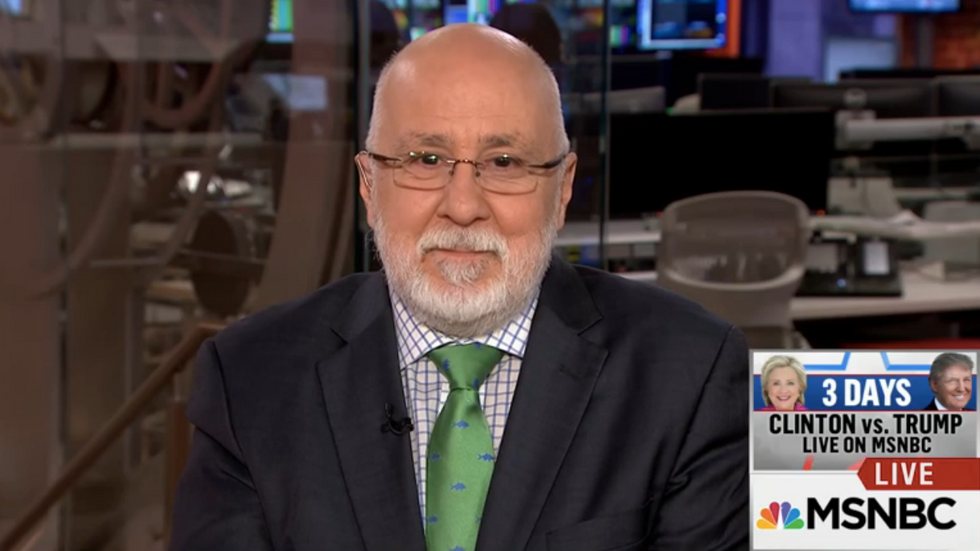 Pulitzer Prize-winning author and journalist Michael D'Antonio said on Sunday that Republican presidential nominee Donald Trump is only going to become more dangerous and unhinged as the prospect of a humiliating election loss becomes more likely.

In a Politico article titled "I think he's a very dangerous man for the next three or four weeks," D'Antonio was one of a group of Trump biographers interviewed by the magazine. The authors -- some of whom have made decades-long studies of the reality TV star's behaviors, moods and motivations -- agree that Trump is liable to lash out because his back is against the wall and he is on the verge of a landslide defeat.

D'Antonio -- author of The Truth About Trump -- said Trump "comes from a long line of flame-throwers, so this is a person who will reach for any clot of mud available to him and fling it if he feels threatened or like a loss is on the horizon."

"The idea of losing is so horrifying for Donald Trump, especially losing with a woman opponent," D'Antonio explained to host Alex Witt, "and a lot of women coming forward, people who he didn't respect finally saying their truth. This has got to have him freaking out, so I would look for the worst kind of behavior to come out of him over the next three weeks."