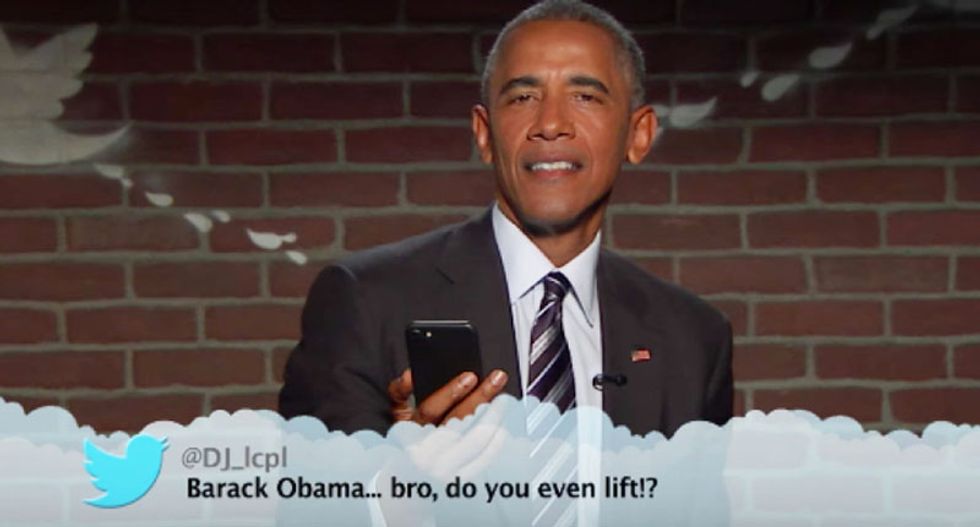 During Monday night's Jimmy Kimmel Live! President Obama will read another round of mean tweets about himself, according to the Hill.

The 'Mean Tweets' segment started as part of Kimmel's late night show in 2012 in celebration of Twitter's six-year anniversary. The sketch includes celebrities reading the mean tweets people post about them online.

Obama first participated in the readings of 'Mean Tweets' in March 2015. At the time, he read a tweet about himself that said, "somebody send obama some lifehacks on how to be a good president. haha. like, i bet that would help. lol."

Now, the president is back for the second time for another round, and his haters are still hating. One tweet he read on Monday said, "Barack Obama is the ‘Sharknado’ of presidents. Loud, stupid, and overhyped. #Sharknado4."

Check out the preview below.