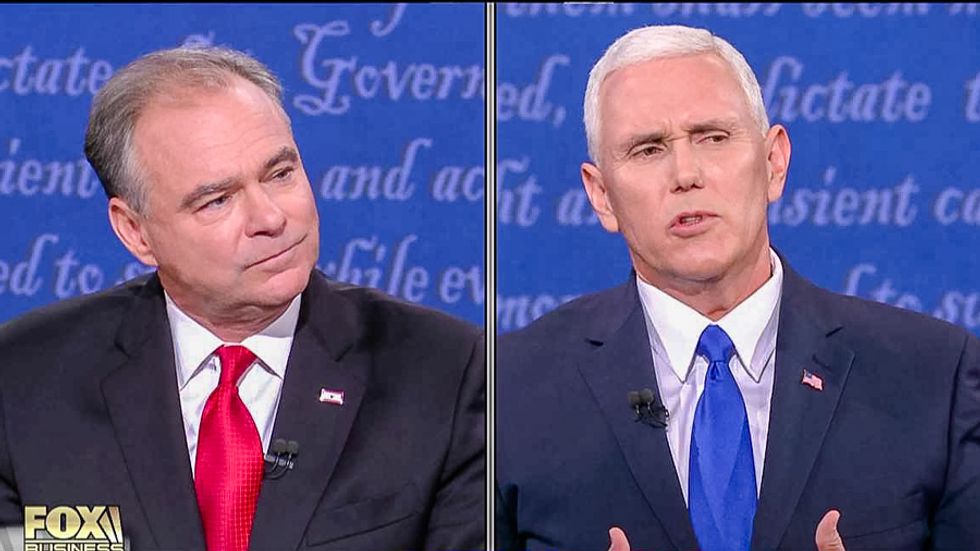 Todd Graham, the director of debate at Southern Illinois University, graded both vice presidential candidates and came to the conclusion that Republican hopeful Mike Pence lost because he refused to defend his running mate.

According to Graham, Kaine earned a B+ for his defense of the top of the ticket, "from the Clinton Foundation to the Iran deal."

"He was ready with the fact that Clinton apologized for the "basket of deplorables" line," Graham wrote. "Indeed, Kaine used the old backward-step-pivot-forward debating technique by turning this into an indictment of Trump's lack of apologies for anything."

But the debate coach found Pence's defense of Trump "painful to watch."

"Pence was clearly uncomfortable," Graham noted. "Trump, in his stump speeches and the first presidential debate, was like my younger, inexperienced debaters, just saying things without thinking about the ramifications. Pence was like my seasoned veterans, trying to gloss over, re-explain, and even change the direction of the answers given by their partner."

"Since Pence didn't want to contradict Trump, his only other option was silence," he added. "And it was painful to watch him getting hammered again and again by Kaine."

"There were too many attacks and he had too few answers for them. Plus, his heart wasn't there."

And although Graham deducted a letter grade from Kaine for interrupting, the Democratic vice presidential candidate still received an overall grade of B, while Pence got a C.