CNN's Gloria Borger: Donald Trump 'has to run the table and then he has to find another table' 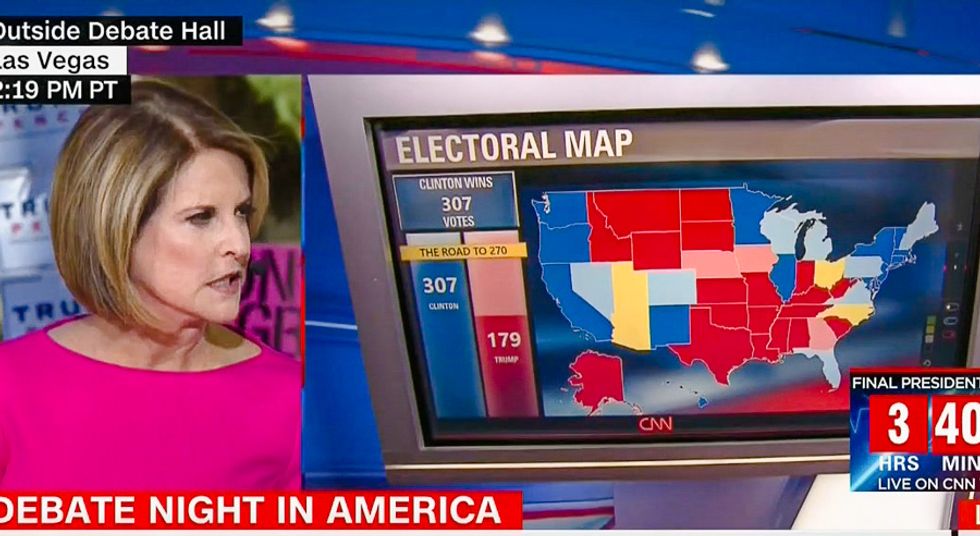 Prior to Wednesday night's presidential debate, CNN host Anderson Cooper noted that Trump would need to win every battleground "toss-up" state and then flip some of Hillary Clinton's states to have a chance at winning the necessary 270 electoral votes.

"When you talk about Utah being a battle ground state, you know that something is really different for Republicans in this election," she added.