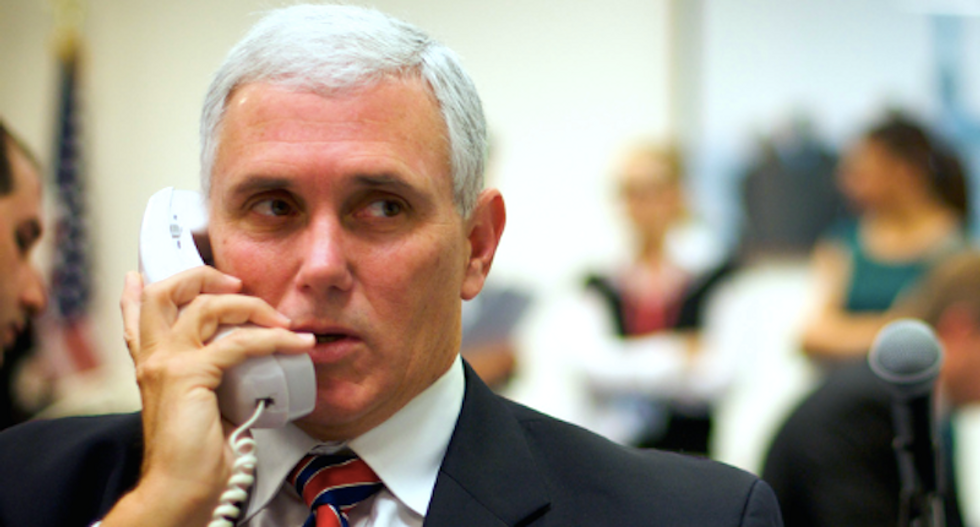 In a growing list of heartless Mike Pence actions, the Indiana governor has now denied a pardon for a man wrongly convicted and now proven innocent.

A BuzzFeed report, details the sad history of Keith Cooper, who served 10 years of a 40-year sentence after being misidentified. In 2008 shooting victim Michael Kershner and his mother, Nona Canell filmed statements and admitted they were wrong. This came after new DNA evidence was found and a jail informant admitted he lied. Canell asked investigators multiple times to see a lineup of potential suspects because she couldn't be sure. An Elkhart Police detective promised her that they had "the right guy." They didn't.

When the new evidence came to light, a judge in the case offered Cooper a deal if he agreed to be resentenced for the crime. By accepting the deal he was granted "time served" from the 10 years, but still isn't found by a court to be considered innocent.

Cooper filed a pardon request to the parole board and they unanimously voted that he should be pardoned and have his two felony charges taken off of his criminal record. If Pence granted him clemency, he would be the first person ever in the state's history to earn it.

Today, Pence refused, saying it needs to stand “out of respect for the judicial process.” This comes after a two-year delay where Pence tried to claim that Cooper's paperwork wasn't in order.

“I’m tired of people judging me by that conviction. That [Department of Correction] number. That’s not who I am,” Cooper said in August. “Man, I know that better than my own Social Security number.”

“An innocent man who has had a decade of his life stolen from him by a flawed process shouldn’t be advised to sit tight and wait a bit longer for the system to finally get it right,” the editorial says. “Every one of us should feel the sting of such injustice. Nothing can erase all that Keith Cooper has endured, but the next step couldn’t be clearer. Governor Pence, issue this pardon.”

Cooper's attorneys think Pence is trying to push the decision off on another governor since he's out of the office as of January.

“We are really disappointed in Governor Pence’s failure to provide justice to an innocent man. It’s clear that he has punted the petition to the next Governor because it’s election season,” Cooper’s attorney Elliot Slosar said.

Pence's office said in a statement it hasn't exactly made a final decision but slammed Cooper's attorneys claiming they needed to do a better job.