David Axelrod laughs at Trump for wanting to just give the election to him: 'I'm sure he would' 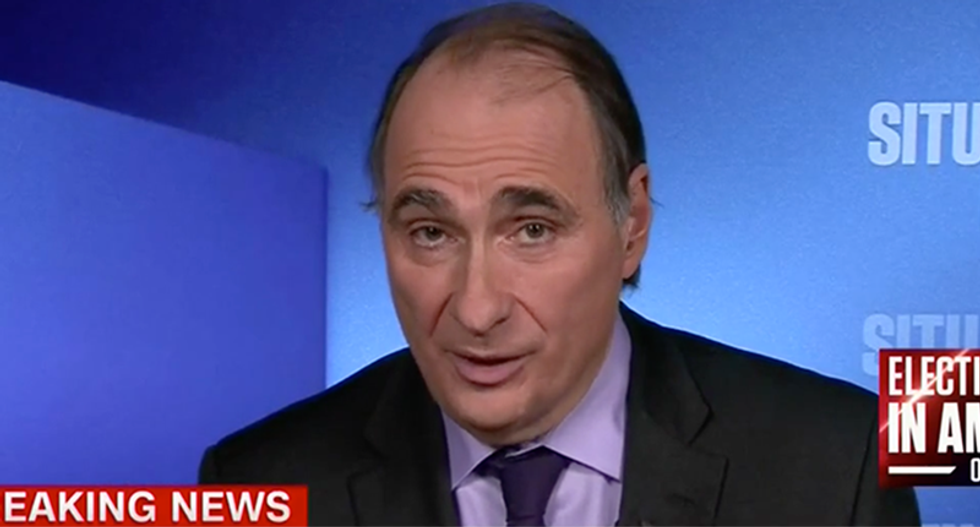 Donald Trump is having a hard time in states that have been traditionally Republican. New polling today shows Hillary Clinton within one point of Trump in Georgia, which hasn't gone to a Democrat since Clinton's husband's first election. But at a campaign rally in Ohio today, Trump was making jokes about having the election today.

"Just thinking to myself right now, we should just cancel the election and just give it to Trump, right? Why are we having it?" Trump asked the rally Thursday.

Former Barack Obama campaign manager David Axelrod chuckled a little at the video of Trump. "He has expressed some concern about how the election might come out if we actually hold one and whether he's going to recognize the result of it. So, I am sure he would prefer a situation where we could just by acclamation declare that he is president of the United States. But the numbers are the numbers, and they're pretty daunting for him right now."

Axelrod went on to say that Trump's downfall has been in large part due to combative language that antagonized many key constituencies in battleground states. "In many battleground states. College-educated women, Hispanics and other minorities, younger voters, that he has made it almost impossible for himself to climb this hill."

CNN's Mark Preston agreed that Trump was being a little sarcastic but it isn't the best idea less than 12 days from Election Day. "There is a little bit of truth in everything Donald Trump says, though, as in what every politician says. That is absolutely what Donald Trump shouldn't be doing right now. We talked before the break about staying on message. Saying something like that just plays to the crowd, and he gets energy off of that, Wolf, but that doesn't reach out to all of the constituencies that David mentioned."