Fox News pundit: Anyone voting for Hillary Clinton is 'aiding and abetting murder of homosexuals' 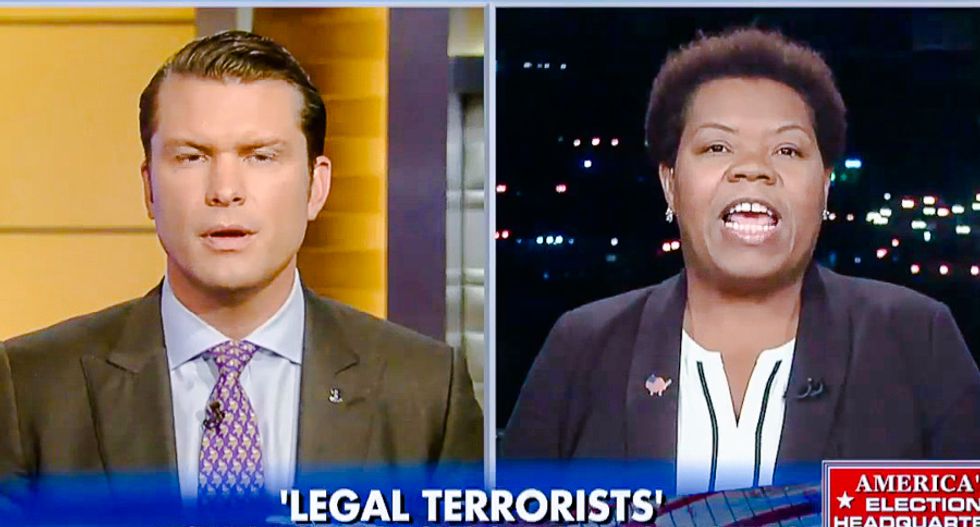 Brunell Donald-Kyei, the vice chair of the National Diversity Coalition for Trump, suggested on Sunday that anyone who votes for Hillary Clinton could be prosecuted for "aiding an abetting a felon."

In a recent interview with Rolling Stone, Michael Moore described supporters of Donald Trump as "legal terrorists" because he said that they were voting to "blow up the system."

"Not only that," she continued. "Pay to play in on the ballot because we know that Hillary Clinton has taken money from countries that behead women and throw homosexuals off buildings. So, you're aiding an abetting in the murder of homosexuals as well as beheading and disrespect of women."

"What Donald Trump said is, 'If they are doing this to me, they are definitely screwing the American people.' He said, 'We're going to stand up tall, I'm going to fight for you. You're my special interest.'"