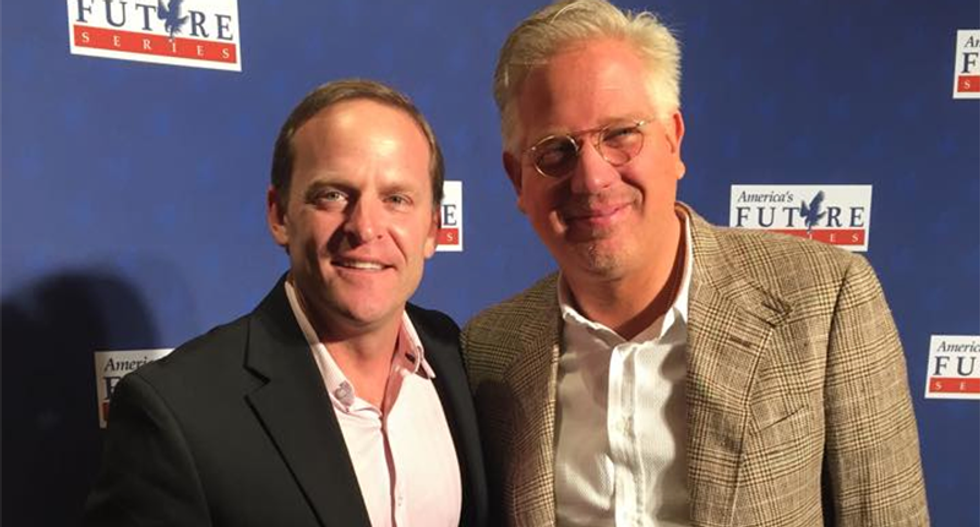 If you have a problem with gun violence in America it's the cause of minority communities, according to the new pro-Trump TV show the National Rifle Association has launched.

Media Matters reports that the latest host for the show has railed on minorities for the gun violence that is causing Americans to seek gun control laws.

"Blame minorities killing each other not law-abiding conservatives. Let's look harder at broken families, not gun laws," Grant Stinchfield tweeted last fall. The tweet was in response to a New York Times article on gun homicide statistics that reveal 30-plus deaths each day in the United States.

Stinchfield is also a fan of conspiracy theories, namely those that surrounded the death of former Supreme Court Justice Antonin Scalia.

"Justice Scalia murdered? Pillow over his face. No autopsy. Death ruled natural causes by judge over the phone," he tweeted earlier this year. He advocated for the FBI to investigate the death and blamed President Barack Obama and labor unions who he believed wanted Scalia dead.

Last year, Stinchfield also thought that Israel, MI6 or even the CIA could have been involved in the downing of Metrojet Flight 9268, a Russian plane that exploded over Egypt last fall. While ISIS claimed credit for putting a bomb on the plane, he maintained a conspiracy was afoot.

NRATV was launched earlier this month and plays videos from the NRA 24 hours each day. Stinchfield breaks in to give live updates, most of which are related to Donald Trump's campaign with a graphic saying "Election Countdown: Save The 2nd." The campaign from the NRA warns that electing Democrat Hillary Clinton will end the 2nd Amendment. Amending the Constitution of the United States takes a two-thirds majority vote in both the House of Representatives and the Senate or a constitutional convention called by two-thirds of state legislatures. There have been 11,000 attempts to amend the Constitution since our country's founding, but only 27 were successful.