'How about you offer that to your candidate?': Joy Reid swats down Trump adviser's sleazy $100 bet 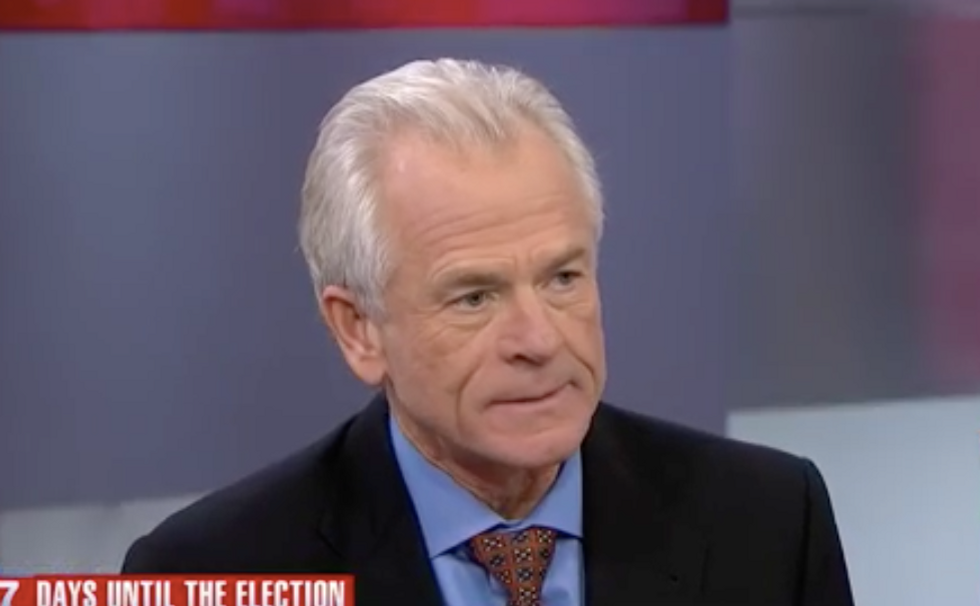 Navarro told Reid that he wants media figures to "talk policy" when it comes to Trump and not the harassment allegations against him.

"If you want me to talk policy -- which is an intelligent thing for you to want to do -- don't you wish your candidate would talk policy?" said Reid.

"Here's the hashtag Trump policy challenge, ok?" Navarro said. "A hundred bucks to anybody on the set of MSNBC that can get through a segment without pivoting to other stuff than policy."

"How about you offer that to your candidate?" Reid replied.