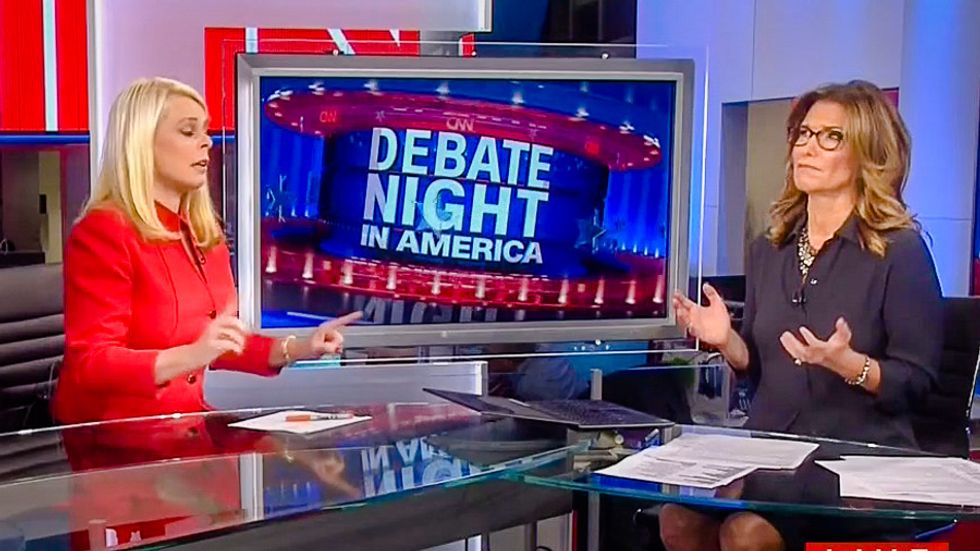 Trump surrogate Betsy McCaughey's arguments about "rampant" voter fraud were so grossly inaccurate on Thursday that CNN host Carol Costello threatened to shut down the interview.

After Donald Trump suggested at Wednesday's debate that he might not accept the election results, McCaughey told Costello that "this nation has been victimized by rampant election fraud."

"There's so much evidence of it this year," McCaughey insisted.

"That's not true," Costello pointed out.

"The Pew Foundation says one out of every eight voter registrations is either a dead person, a duplicate or an illegal voter," McCaughey droned on.

"There is rampant fraud in New York!" McCaughey exclaimed. "The incumbents always protect the system!"

"I can't!" Costello interrupted, raising her voice. "There's no evidence of widespread voter fraud in this country."

McCaughey, however, continued: "Between 2 and 5 percent of illegal voters vote."

"Stop!" Costello demanded. "Or I'm going to have to cut this interview short."

"You don't want people to hear the evidence?" McCaughey shot back.

"I have presented the evidence to my viewers," Costello said. "And my viewers trust me to tell them the truth. We've cited studies, I've talked to secretaries of state who are Republicans. I've talked to many Republican officials."

"Because it's not happening!" Democratic strategist Sally Kohn shouted.