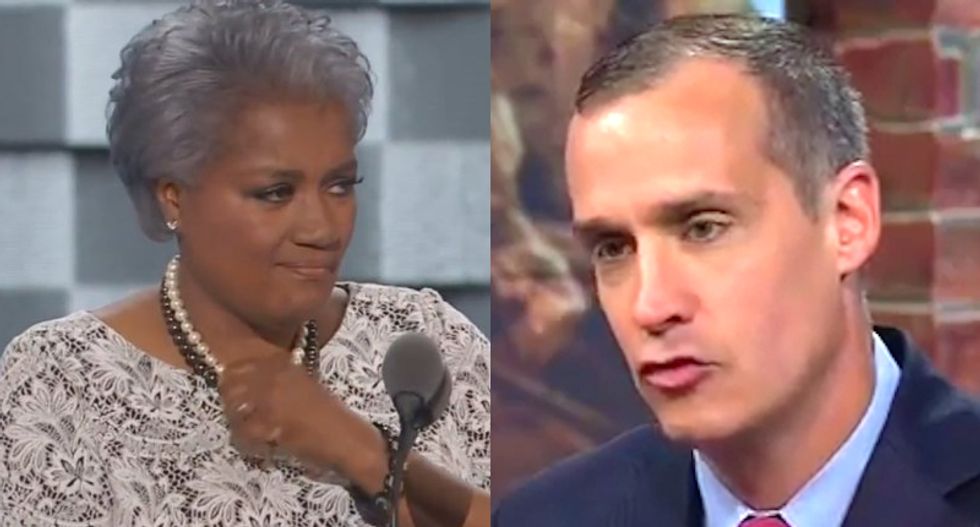 The network temporarily suspended its contract with Brazile in July after the Democratic National Committee tapped her to serve as interim party chair following the ouster of former DNC chairwoman Debbie Wasserman Schultz. Now, it appears CNN will make that suspension permanent. “

“CNN never gave Brazile access to any questions, prep material, attendee list, background information or meetings in advance of a town hall or debate,” she added. “We are completely uncomfortable with what we have learned about her interactions with the Clinton campaign while she was a CNN contributor.”

CNN’s decision to fire Brazile for her ties to the Clinton campaign rang hypocritical to many who noted that Corey Lewandowski remains on the network’s payroll. CNN has faced significant criticism since hiring Lewandowski in June, after news broke that the former Trump campaign manager continued to receive severance pay from the Trump campaign well into his time as a CNN contributor. Earlier this month, Lewandoski was even spotted low-key traveling with the Trump campaign, going to great lengths to conceal his identity from fellow members of the media.

Monday, people took to Twitter to attack the network for its blatant hypocrisy in firing Brazile.