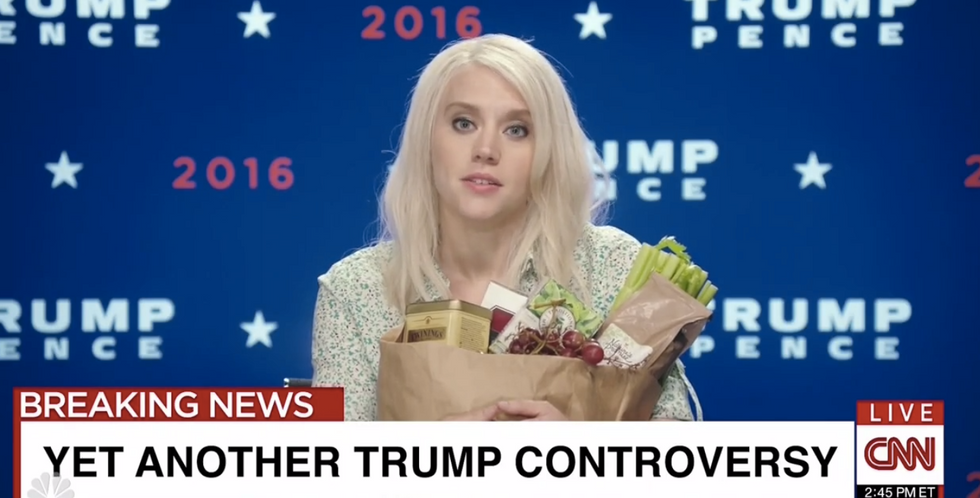 The sketch showed an eager, pink-pajamaed Conway waking up at home on her day off. Thrilled to not have anything to do, she skipped around the house to Katrina and the Waves' "Walking on Sunshine" and made breakfast with her family...until her cell phone rang.

The next frame showed Conway on CNN with anchor Jake Tapper -- played by SNL cast member Beck Bennett -- trying furiously to spin a Trump gaffe. Then normal life resumed. But the phone goes off again, which led to another TV appearance and then another.

"Yes," she said at one point, "it's true that Donald Trump did challenge Obama to a 'penis-off' and if the president would simply produce his penis, we could get back to talking about what's really important, which is jobs."

She even gets called in the grocery store and appeared before Tapper holding her bags. When he tried to press her on a point, she said, "Jake, I have to put this ice cream in the freezer."