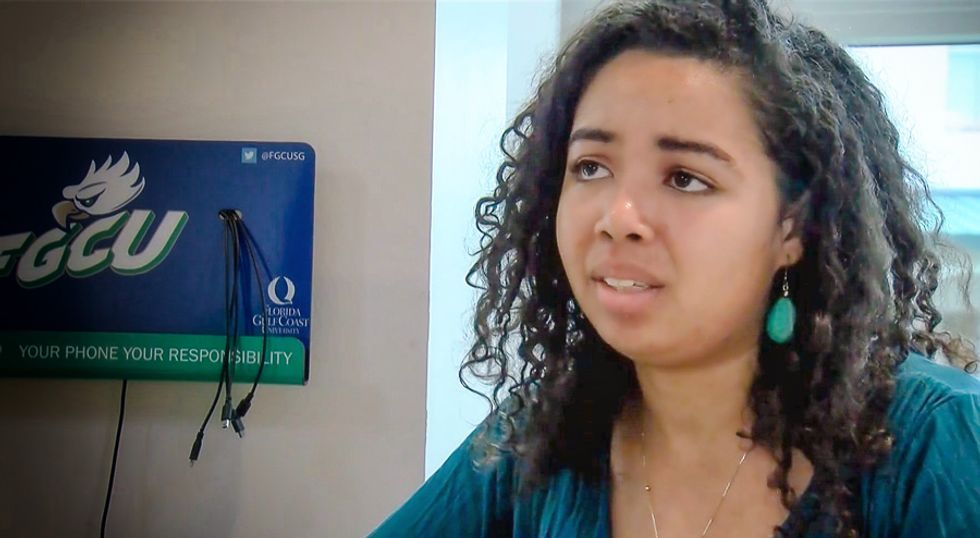 The Florida Gulf Coast University Police Department said this week that there would be no criminal investigation after a racist threat was found in one of FGCU's classrooms.

WBBH reported that the words "kill n****rs" and a drawing of a person hanging from a tree by a noose were scrawled on a whiteboard in Seidler Hall earlier this month. Officials believe the vandalism occurred on Oct. 12, soon after it was found by Professor Sharon Isern.

"While occurrences such as this are very rare at FGCU, we strongly condemn this hateful expression which is contrary to the civil and mutually respectful culture of our campus community," Bradshaw said.

The person who made the drawing is unknown and the University Police Department said that there was little it could do other than increasing patrols in the area.

“There is no active criminal investigation as no crime occurred,” Chief Steven Moore explained. “This was on a white board with the proper type of pens so easily erased, therefore, no vandalism. As there is no crime, there is no hate crime.”

That, however, is little consolation to FGCU students.

“The fact that it is in relation to the way I identify, yeah that’s harsh, that’s… kinda scary," a student named Cassie told WBBH.

“They’re talking about killing a certain race, so it’s not something that should be taken lightly in my opinion,” student Brielle Conner said.

Watch the video below from WBBH.