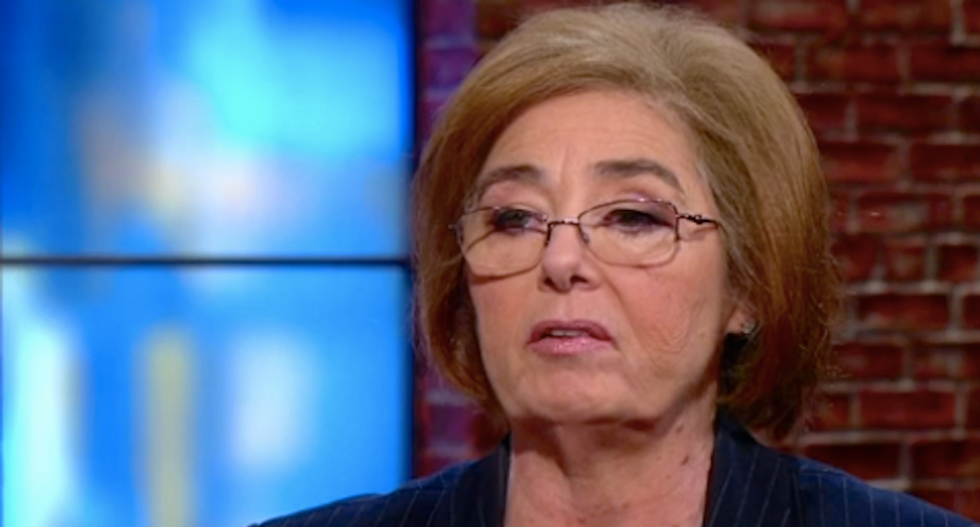 A longtime Trump Organization executive -- who the Republican presidential nominee frequently cites as proof that he's not a misogynist -- is backing Hillary Clinton over her "supreme sexist" former boss.

Barbara Res, who worked 18 years for Donald Trump and served as executive vice president and senior vice president of his company, said her longtime boss is dangerously unsuited in every meaningful way to serve as president of the United States.

"First of all, everyone knows he has no experience," Res told CNN's Alisyn Camerota. "I mean, the idea that he would be president is just ridiculous. I have other developers I worked for who were just as smart or smarter than he was, and I wouldn't vote for them for president, either."

She said legitimate presidential candidates should have some experience and knowledge of government -- neither of which Trump has on even the most fundamental level.

"The way he shows himself, he doesn't seem to know basic civics," Res said.

But those yawning deficiencies aren't even Trump's worst qualities, she said.

"The worst thing about Trump, and the reason not to vote for him for president, is his temperament," Res said. "He flies off the handle, he attacks viciously -- it's like shooting someone and having a nuclear bomb come back at you. He's vindictive, and he's dishonest."

Her recollection matches those of Trump's own bankruptcy attorneys, who said the real estate developer and former reality TV star lied so much they would only meet with him in pairs so another witness could always be present.

"He always was dishonest, all the time I worked with him," Res said. "We never knew when he was telling the truth or when he wasn't -- and I don't think that that's what we need in a president."

Former Trump executive: The worst thing about Trump, and the reason not to vote for him, is his temperament. https://t.co/kCwtELmC3c

The campaign for Rep. Matt Gaetz (R-FL) outlined in a new Friday filing with the Federal Election Commission how their latest statement came to have $362.04 in combined fraudulent charges to Apple.

"In regards to the F99 filed on 1/19/23, the committee wishes to clarify that the fraudulent charges on the committee debit cards were a result of an external source, and not due to any internal staff or negligence on the behalf of the campaign," wrote campaign treasurer David Cole. "As noted, the charges were immediately disputed, the card cancelled, and all funds have been fully returned to the campaign. Remaining credits will be reported on the April quarterly report."

‘I’ve been in that room’: How HBO’s ‘The Last of Us’ resonated for a survivor of the AIDS crisis

We’re telling the untold stories of women and LGBTQ+ people. Subscribe to our daily newsletter.

Former President Donald Trump held his first presidential campaign events on Jan. 28, 2023, against the heavy backdrop of four major criminal investigations into his behavior while in and out of office.

In the lead-up to his campaign launch, Trump personally attacked prosecutors and the investigations they are leading as politically biased and a “hoax.”