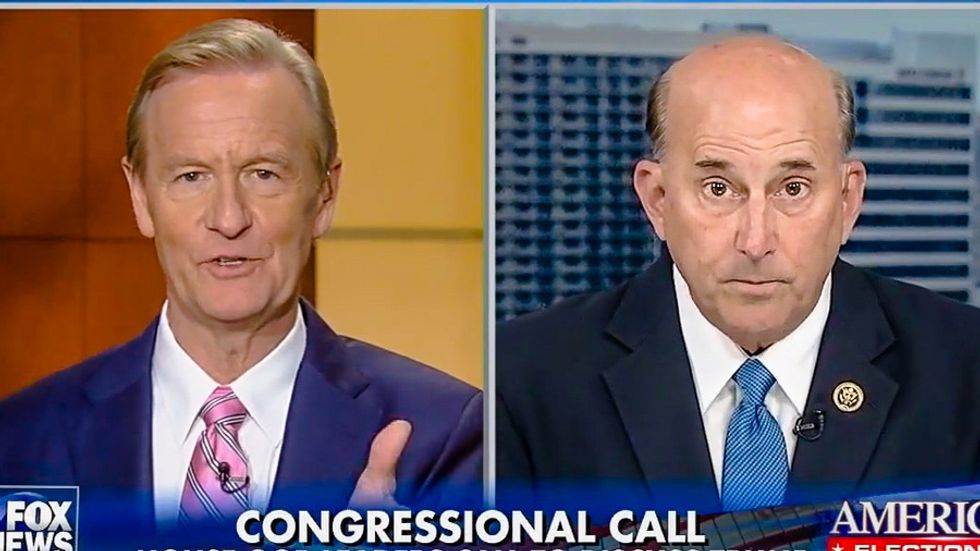 Rep. Louie Gohmert this week said former President Bill Clinton was to blame for Donald Trump's "vile" boasting about sexual assaults, but insisted that the Republican nominee was now a Christian.

During an interview with Fox News on Tuesday, Gohmert revealed that House Republicans disagreed with party leaders who condemned Trump after he was caught on tape bragging that he grabbed women "by the pussy" without their permission.

"Trump has said some things that are very vile back when he was supporting people like Bill Clinton," Gohmert opined. "But if you're Bill Clinton's big buddy like he was at one time, you're going to talk like Bill Clinton. And I think we need to forgive him for talking like big Democrats like Clinton and other foulmouthed people."

"Now he's a Republican," the Texas congressman continued. "[Pastor] James Dobson tells me he's become a Christian. And so, look, we forgive him for the past because he's asked for it."