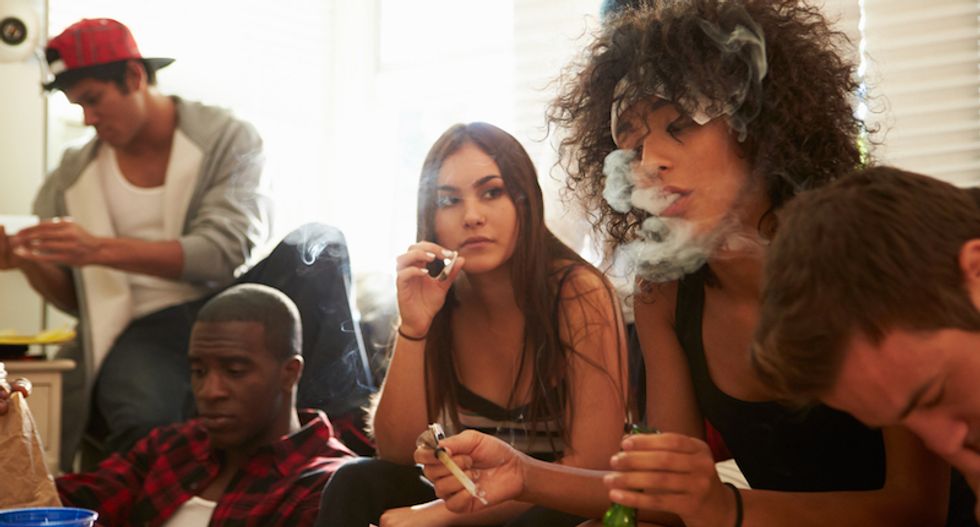 Even as more and more states consider legalizing marijuana, pot prohibitionists are fighting the good fight, reviving classic scare tactics about the drug. In Florida, opponents of medical marijuana have launched a campaign warning that pot candy will end up in kids' Halloween bags if medicinal marijuana is legalized—because, of course, people want to share their weed for free, with children. In Massachusetts, opponents claim legal marijuana will drive up traffic fatalities and endanger children.

But as it turns out, in states where marijuana is legal and regulated, it might be safer than food.

An Oregon scientist at a lab that tests marijuana says that they put marijuana harvests through rigorous safety tests, measuring potency and checking for pesticides and mold, reports KGW. They also test edibles to ensure they don't exceed state limits on THC levels. Any product that fails can't be sold—an excellent incentive for growers to follow the rules.

"If you can't sell your product, that's a big motivator to find a new product that is safe and possibly organic so you can pass your test and have your product on the shelf," the scientist, Molly Lyons, told KGW. "I could only wish our food was tested to the highest standards as cannabis."

In fact, thanks in large part to lax government regulation, unsanitary conditions in food production facilities arguably make America's food supply far less safe than most drugs: 48 million Americans suffer from food borne illnesses like e-coli, salmonella, and listeria every year, according to Fortune. Factory farms and slaughterhouses in particular should be the stuff of nightmares, with over-crowded livestock pumped full of hormones, antibiotics, and their own excrement making their way into America's grocery stores and restaurants.

In Oregon, the rigorous testing has even pushed the market to go organic, since it's far easier to pass the pesticide test as an organic grower—can you say that about your food?