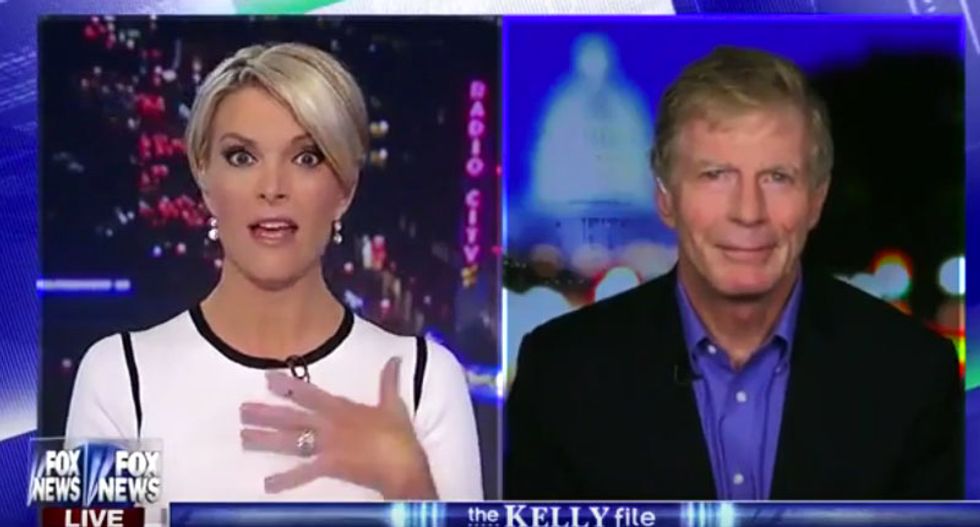 Fox News host Megyn Kelly continued her long-range war with GOP presidential nominee Donald Trump on Wednesday night, mocking him for avoiding her while being appearing regularly on colleague Sean Hannity's show where he is usually served up a diet of softball questions.

Jumping off from a report that Democratic nominee Hillary Clinton had seen the questions she would be asked by talk show host Steve Harvey prior to an interview, Kelly got in her jab at Trump -- while throwing a little shade Hannity's way.

“Donald Trump, with all due respect to my friend at 10:00, will go on Hannity and pretty much only Hannity and will not venture out to the unsafe spaces these days," Kelly snarked, adding, "Which doesn’t exactly expand the tent.”